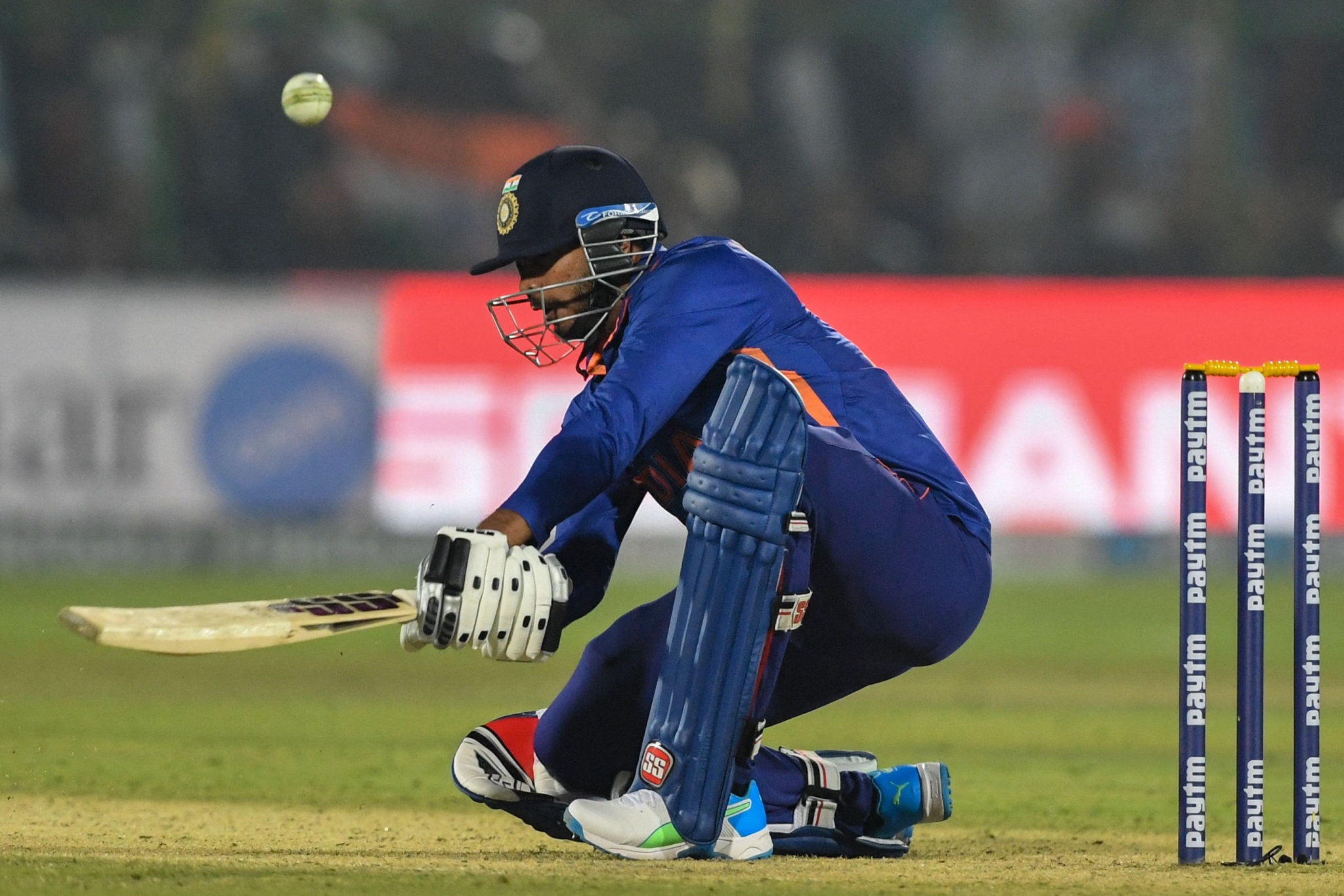 Every cricketer wants his debut to be a memorable one-- and sometimes under pressure or in a rush -- makes an unnecessary mistake and flops.

The same can be said to be true in new batting sensation Venkatesh Iyer's case, who got a place in the India T20I squad following a mesmerising debut season in the 2021 Indian Premier League (IPL).

A month later, he made his debut against New Zealand in Jaipur with the stage set for a grandstand finish. When Iyer arrived at the crease, India were 155/4 in 19 overs while chasing 165 in the first T20I. The 26-year-old southpaw ticked all the boxes when he smashed a boundary in the very first ball he faced.

Everybody in the stadium was in awe over his brilliant shot. However, in the second ball, he tried something different -- a reverse sweep -- and got out. Thankfully, India managed to win the match.

But Iyer's unnecessary shot ignited a debate among netizens. Interestingly, his childhood coach Dinesh Sharma, too, was disappointed and after the match got over, he sent a message over WhatsApp to him, asking him to recall what all he had told him earlier about shot selections.

"I sent him a logo and asked him to recall what all I had told him earlier. Jo ache se ata hai vo khelo, bekar reserve sweep ki kya zarurat thi? Sidhe balle se jyada acha khelte ho. (Play what you know the best, what was the need of playing reserve sweep? You play well with straight bat)," coach Sharma told IANS.

"He is pure talent and learns from his mistakes. Like if you see his innings in the second T20 match, it was much balanced and he was not going for any unnecessary shot. I feel he can do much better than that. He understands cricket. I was actually not happy with what he did in the first match, because he can do wonders with a straight bat. Reverse-sweep is not his forte," he added.

Further enquired about the position on which Iyer could be more destructive in T20 format, Dinesh said that the left-hander can play from "opening to eighth position, anywhere".

"He has experience of playing in all positions. And in every spot, he is dangerous for the opponents. I am happy that Rohit Sharma and coach Rahul Dravid gave him a chance to come one down in the second match. This will obviously boost his confidence."

"Before the series, I had told him that you are going to learn a lot under Rahul Dravid and Rohit Sharma. This is the beginning of your career in Indian jersey, so make it worthwhile and do well. In IPL, he played smart cricket and to be in Indian squad for a long run, he will need to play intelligent cricket from now on," the coach added.

Sharma is also hopeful Iyer will be given the ball in the last match on Sunday. In the Syed Mushtaq Ali Trophy recently, Iyer bowled 15 overs in five T20s for MP.