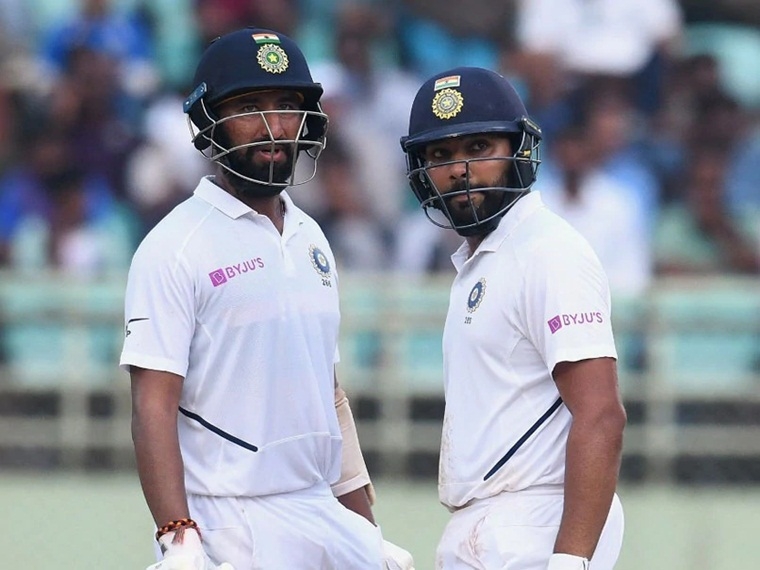 Pune (Maharashtra): India won the toss and elected to bat first in the second Test of the three-match series against South Africa on Thursday here at the Maharashtra Cricket Association Stadium in Pune.

In the first Test against South Africa, Rohit Sharma was exceptional as he scored 176 runs in the first innings and then he went on to score 126 in the second innings. He became only the second Indian opener to score centuries in both innings of a Test match.

In the first innings, India scored 502 runs and in response, South Africa came up with a spirited performance, as they registered 431 runs on the board. But in the second innings, in pursuit of 392, the Proteas' innings folded for 191 runs to give India a win by 203 runs. Pacer Mohammad Shami scalped five wickets in the second innings. With this win, India consolidated its position at the top of World Test Championship standings. The team now has 160 points from three matches.