Naseem Shah has already played three Test matches for Pakistan. In the latest Test against Sri Lanka, the pacer managed to pick up a five-wicket haul.
ANI 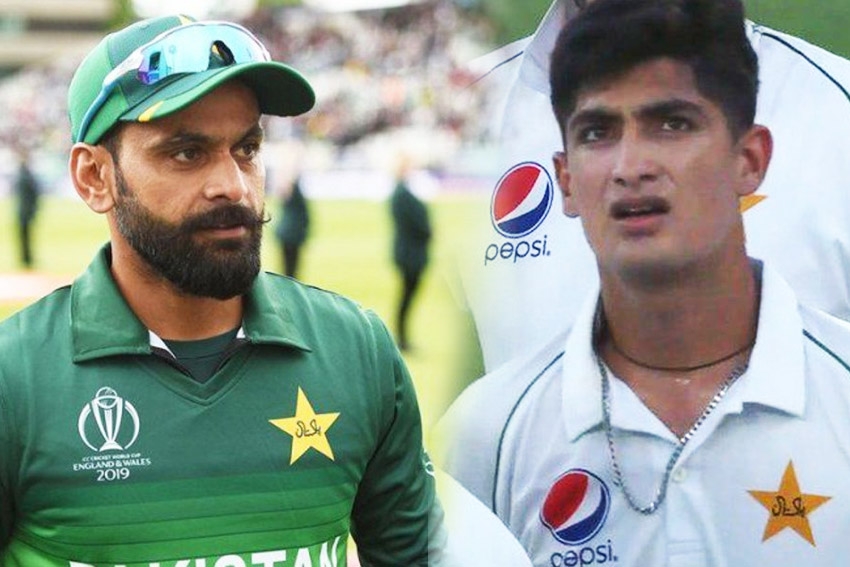 Pakistan all-rounder Mohammad Hafeez has said that young pacer Naseem Shah should not be sent to play the upcoming U-19 World Cup as the cricketer has already gained experience in international cricket.

The all-rounder also advised Pakistan Cricket Board (PCB) to manage the pacer better so that he gets better at the international level.

"Humble suggestion 2 Junior selection committee not 2 send Naseem shah to play under 19 world cup. He already played international cricket & should work hard Technically & Physically to get better at that level. It would be fruitful to use this opportunity to send any other fast bowler," Hafeez tweeted.

Naseem Shah has already played three Test matches for Pakistan. In the latest Test against Sri Lanka, the pacer managed to pick up a five-wicket haul.

As a result, he became the youngest fast bowler in the history of the sport to bag a five-wicket haul.

Earlier this month, PCB had announced the squad for the U-19 World Cup and the pacer Shah was named in the team.

Pakistan's U-19 squad is as follows:

Fast bowlers - Amir Khan, Naseem Shah and Tahir Hussain Pakistan is placed in Group C of the 16-team event and will play Scotland in their opening match on January 19.

Pakistan's second match will be against Zimbabwe while their third and final group match will be on January 24 at the JP Marks Oval against Bangladesh.

The top two teams from each of the four groups will advance to the Super League, while the remaining teams will feature in the Plate Championship.

The Super League stage will commence from Tuesday, January 28 and the top four sides will qualify for the semi-finals, with the winners competing for the title on February 9.