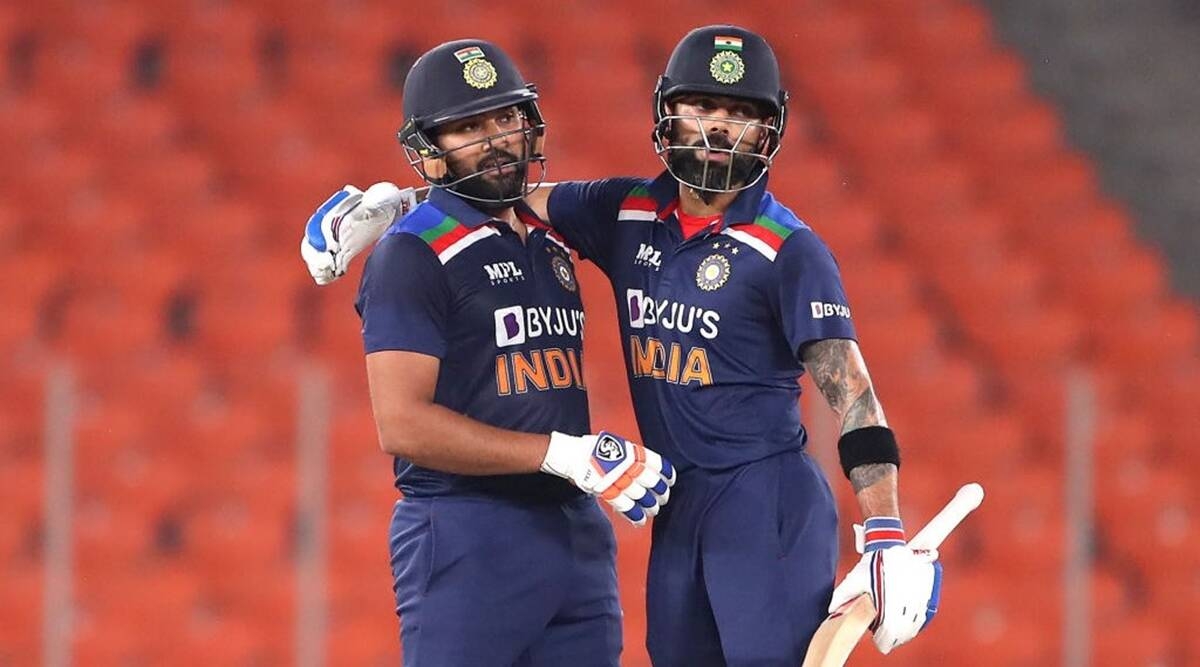 Rohit Sharma (l) and Virat Kohli during an ODI for India. | Photo: Twitter

A BCCI press release landed in the mailbox around quarter past seven on Wednesday evening. It was about India’s squad for the Tests against South Africa. At the end of it was one line: “The All-India Senior Selection Committee also decided to name Mr Rohit Sharma as the Captain of the ODI & T20I teams going forward.”

And just like that, Virat Kohli’s era as India’s white-ball captain had come to an end. Without prior intimation, without an explanation, without a gala announcement. Just one line at the end of a release put a full stop to a stint that was more about exclamations!

Kohli took over as India’s white ball captain from MS Dhoni in 2017, when the talismanic wicketkeeper-batter stepped down. Long an understudy to Dhoni, Kohli first led India in the tri-series in West Indies in 2013. He then captained India in the Asia Cup of 2014, when Dhoni was ruled out due to a side strain.

In T20Is, Kohli led in 50 games - India’s match in the Men’s T20 World Cup against Namibia being his last - out of which India won 30. He captained India to white-balls series wins in South Africa, Australia and New Zealand and to a T20I series win in England, being the only Asian captain to do so.

Sharma, on the other hand, has led India in 10 ODIs and 22 T20Is, winning eight and 18 of those respectively. His credentials were further bolstered by his leadership in the IPL, where he has led Mumbai Indians to five titles, the most. Sharma also led India to the Asia Cup title in 2018. After Kohli announced his decision to relinquish captaincy from the T20Is, Sharma had been appointed and it was only time before he became in-charge of the 50 overs side.

As captain, Kohli averaged 72.65 in ODIs, the most for anybody who led in 90 or more matches. There was no doubting Kohli’s individual abilities despite being a skipper. What perhaps went against him was the bare cupboard when it comes to ICC trophies. India lost the final of the Champions Trophy to Pakistan under him, finished as semi-finalists in the Men’s World Cup in 2019 and made a league stage exit in the Men’s T20 World Cup 2021 for the first time since 2012.

The timing and nature of the announcement caught most off-guard; the release was for the Test squad, India last played an ODI in July this year, and there was no ODI squad named in the release which had a line about Sharma’s appointment.

There are conjectures that Kohli has been ‘sacked’ as captain. However, without any official reasoning or press conferences, any communication or discussion regarding this would never see the light of the day.

Knowing the way Kohli, Sharma and head coach Rahul Dravid, who was the last to be a replacement to a sacked Indian captain Sourav Ganguly, function, the transition could be as quiet as the message in the inbox.