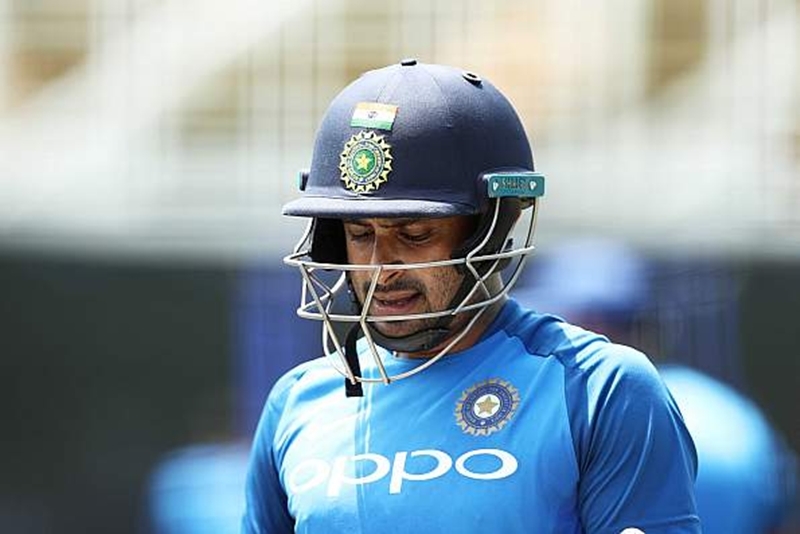 The World Cup squad for Indian team was announced yesterday and some inclusions and omissions were surprising for people. There were few players who narrowly missed out on their selection. While the youngster Rishabh Pant could not bag a spot in the team, cricket fans were filled with sympathy for Ambati Rayudu, who missed out on his chance even after a lot of experience and notable performances in recent time.

Cricket expert and commentator Harsha Bhogle felt bad for Ambati Raydu’s omission. He even pointed out that Rayudu worked hard but he struggled with his form of late, which became a reason for his exclusion.

Ambati Rayudu must be shattered though. His place was deemed certain and he had even quit 4 day cricket to focus on this. But form is such a cruel mistress. The harder he tried the more he seemed to struggle. My heart goes out to him.

Many Indian cricket fans also got emotional for Ambati Rayudu. While some called him a poor guy, other mentioned that he became victim of BCCI’s politics. Have a look at the tweets.

Though not a fan of Ambati Rayudu .. It is very very harsh on him not get a nod after his consistent knocks compared to OVER RATED KL Rahul. Over Vijay Shankar who is not proven & doesn’t use the brain much in crucial game situations. I guess the BCCI politics are back 🙂

UNFAIR TO AMBATI RAYUDU!
He was out of Form in last matches but did enough to get a place in world cup!

Biggest heartbreak will be for Ambati Rayudu..assured by captain and coach in November that he will be India’s number 4 for the World Cup.. scores a 90 in New Zealand but does not make the cut..looked a bit out of his depth in Australia and New Zealand though

So Rayudu’s out. I wonder what’s the point of Kohli saying him as number 4. People were saying he cemented the place after every good knock. But didn’t I guess#WC2019Squad #WC2019

Such a poor team selection for Indian Cricket #WorldCup2019 Playing 3 spinners in England pitches not worth. Also #Shankar over #Rayudu and #Pant totally waste @BCCI #BCCI .. Pant should have been included, quite a surprise for everyone..

Pretty harsh on Ambati Rayudu. KL Rahul has hardly had ODI opportunities. He is there only because India want a reserve opener.

Nothing against Vijay Shankar personally but completely unfair towards Ambati Rayudu 😡 @BCCI https://t.co/LlflszhdK4

Feel bad for #AmbatiRayudu and #RishabhPant but a great squad that can go all the way and lift the #CWC19 https://t.co/QxaRJuLvPG

To drop Ambati Rayudu and not bring any experienced middle order batsman like Ajinkya Rahane and put all the onus on Vijay Shankar is a big risk, a gamble that may or may not paid off. #TeamIndia #bcci #selection

Well Played BCCI.. no place for Rayudu in Squad? Selection was not to be done on the basis of IPL i guess.. (though atleast a sensible move to include DK over Pant) #CWC19 #BCCI

Expected squad but jadeja selection is surprising ahead of rayudu

Why Ambati Rayudu not taken in team?