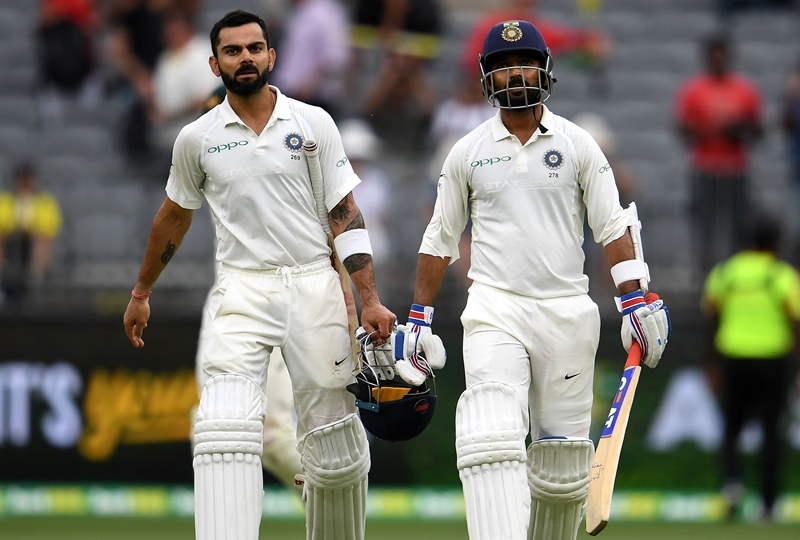 An off-field controversy ahead of India's opening Test match against New Zealand was quelled by the BCCI treasurer Arun Dhumal on Tuesday night.

Earlier in the day, reports in the media claimed the BCCI has banned beef and pork in any form in Team India’s new diet plan, also, the players are allowed to consume only 'halal' meat.

The report further said that the Indian cricket board has introduced the diet regimen in order to ensure the health and fitness of the players ahead of the upcoming events. While many criticised the board’s move, a few couldn't hide their glee. Result: The “#BCCI_Promotes_Halal” was in the top trending list on Twitter with questions being asked about the restrictions on the players’ choice of food.

The New Zealand team, on the other hand, has listed both red and white meat options for their Lunch break during the Test.

"The food should contain moderate amounts of carbohydrate and protein and lower amounts of fat, to ensure these athletes get all the energy and nutrients required for their training and games. The prepared food must have plenty of flavour and be as fresh and natural as possible,” read the Black Caps’ diet plan.

“Please note that some members of the BLACKCAPS have special dietary requirements, including a severe nut allergy.”

While social media was abuzz, the BCCI did not issue a clarification until later at night.

India and New Zealand last played a red-ball game against each other in the final of the inaugural World Test Championship final in June, which the Kiwis won.