Play India if you want to perform under pressure: Inzamam Ul Haq 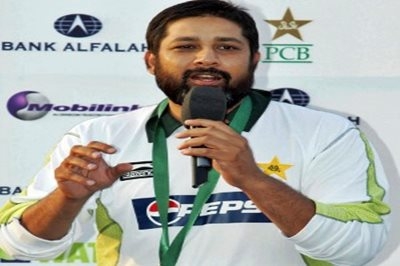 Karachi:  Former batting great Inzamam-ul-Haq says if Pakistani cricketers have to learn performing under pressure, they must play arch-rivals India on regular basis.

Inzamam urged the PCB to organize more tours for the national team to Australia, England, South Africa and India. “In the past when we toured countries like Australia or South Africa we struggled but we also got to learn a lot and we learnt to cope with pressure. I think there is no better way for our players to improve and learn to perform under pressure than playing regularly with India,” Inzamam, who appeared in 120 Tests and 378 one-day internationals, said.

The former Test captain said he would love to see Pakistan and India launch a new cricket chapter by playing in December this year. “Regardless of where we play we should play India on regular basis,” he said. “We have fallen behind in international cricket in the sense we are not getting tours to the big countries but the PCB now needs to organise more tours to Australia, South Africa and other top cricket nations,” he said.

Talking about Younis Khan, Inzamam said his biggest plus point was that despite all the politics and intrigues in thePakistan team he remained focused on his game. The former captain noted that Younis by his performances had himself established himself as a world class player. Inzamam also requested Younis to carry on playing and become the first Pakistani player to complete 10,000 Test runs. “I have one regret that whenever I look at the list of world’s leading scorers I don’t see any Pakistani who has scored 10,000 test runs even I couldn’t do it nor Muhammad Yousuf. So I would love to see Younis achieve this target and make 10,000 test runs.”