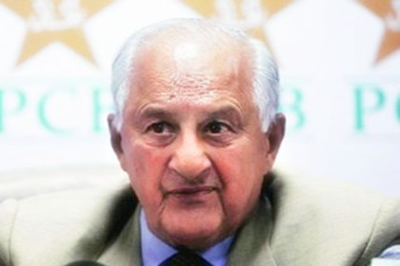 Karachi : Pakistan Cricket Board (PCB) chief Shahryar Khan has quashed tainted fast-bowler Mohammad Amir’s hopes of an early return to national side, saying he needs to be monitored more.

However, Shahryar said that although the 23-year-old has been performing well, he would not be considered for selection at a moment, the Dawn reported.

Shahryar revealed that the selectors might include Amir in the Pakistan A squad for the ongoing unofficial T20 series against England Lions in Dubai.

According to the PCB chief, former skipper Salman Butt and Mohammad Asif, who were also involved in spot-fixing scandal, will be allowed to play in domestic cricket after February following the completion of their rehabilitation program.

Amir was earlier allowed in April by the ICC to take part in domestic cricket, while Butt and Asif were asked to complete a rehabilitation programme after the ban against them ended at midnight of September 1.

The three players were found guilty of various offences of corrupt behaviour relating to the Lords Test between England and Pakistan in August 2010 by the independent Anti-Corruption Tribunal on February 5, 2011.