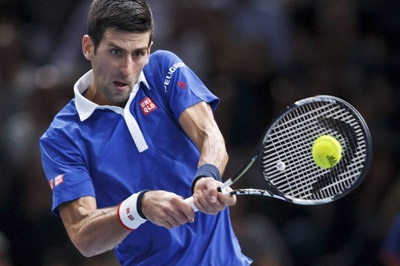 World No. 1 Djokovic came from behind to overcome No. 2-ranked Daniil Medvedev 4-6, 6-3, 6-3 in two hours and 15 minutes battle. It was the 14th time this year that Djokovic has rallied from a set down to win.

This was also the 48th match win of a standout season (48-6) for Djokovic as he breaks a tie with Rafael Nadal for most Masters 1000 titles. Notably, the Serbian secured year-end No. 1 in the ATP Rankings for a record seventh time on Saturday by reaching the Paris final.

It was the first Paris final to feature the top two players in the ATP Rankings since Stefan Edberg played Boris Becker in 1990 final.