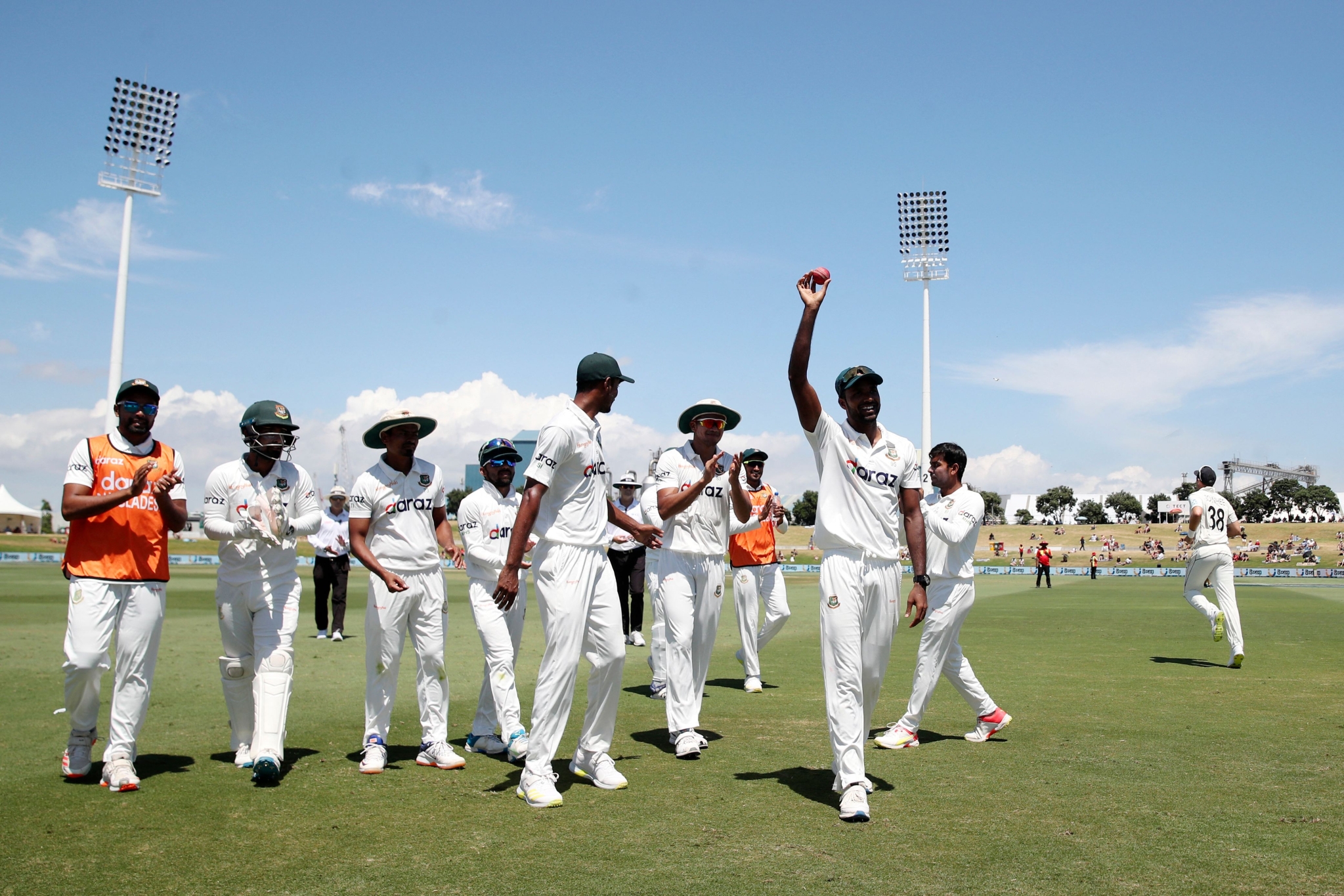 Bangladesh captain Mominul Haque termed his team's eight-wicket win over reigning World Test champions New Zealand at the Bay Oval "unbelievable". Such was the nervousness over the happenings on day five of the first Test that Haque wasn't able to sleep in the night.

Bangladesh kick-started Test cricket in 2022 by ending New Zealand's winning run of 17 matches in their backyard.

"I can't describe it. It is unbelievable. I couldn't sleep yesterday because of pressure and not knowing what would happen today. It was very important to win this test match. If you see two years back, we didn't play much Test cricket. We are keen to improve in Test cricket and everyone knows we have to improve," said a beaming Haque in the virtual press conference.

Asked about the ingredients of Bangladesh's maiden win over New Zealand in Tests, Haque stated the team clicking in unison apart from the bowling department stepping up.

"It was a team performance -- batting, bowling, and fielding. All three departments did really well, especially our bowlers. They used the moisture of the first innings to bowl really well and they did the same in the second innings. Batting was really good as well."

"For the last two to three years, Ebadot is working very hard. He was a volleyball player for the Air Force. Our coaching staff worked with him and supported him a lot, so that he can bowl in the right areas. He did really well. It was an unbelievable spell from him. We were expecting something like this from him for a long time."

The 30-year-old Haque pointed out that the focus on process instead of result helped Bangladesh to put their mind on doing their best on the field.

"Bangladesh had gone into the match focusing on the process rather than the result. You have to have a clear mindset, before playing anywhere. If you're going out of the subcontinent, and you think to yourself that 'it will be tough', then it will be tough. We didn't focus too much on the result of the test matches, we tried to focus on the process."

He signed off by saying that people not expecting them to win too played a part.

"The bowlers played the biggest part in this win. Winning a test match with four bowlers is unbelievable. It helped that there was no expectation from us. And I also want to say that don't expect us to become the number five or six in the world in tests in the next one or two years."