Now,`on fire` Kieron Pollard blasts six sixes in an over 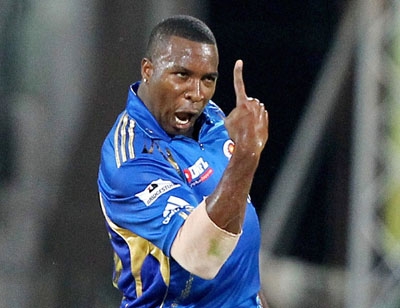 Sydney: West Indies’ big-hitting middle-order all-rounder Kieron Pollard blasted an amazing 36 runs off one over that included a wide in a batting performance for the domestic Australian team the Adelaide Strikers.

Pollard, playing in a Strikers trial game for the Big Bash League on Tuesday, struck six sixes off the one over which also included a wide.

Brad Hodge, batting at the other end, was in awe of Pollard’s power, which saw the West Indian batsman send one ball at least 140 metres. Hodge said that it’s the biggest hit he has seen in a long time and he doesn’t even reckon Pollard got all of it, News.com.au reported.

Hodge claimed that it’s pretty scary stuff, adding that the West Indian just said that he has had enough and thought he would try and hit a few there.

Hodge said that it was cool fun watching, adding that the ease Pollard does it with is unbelievable.