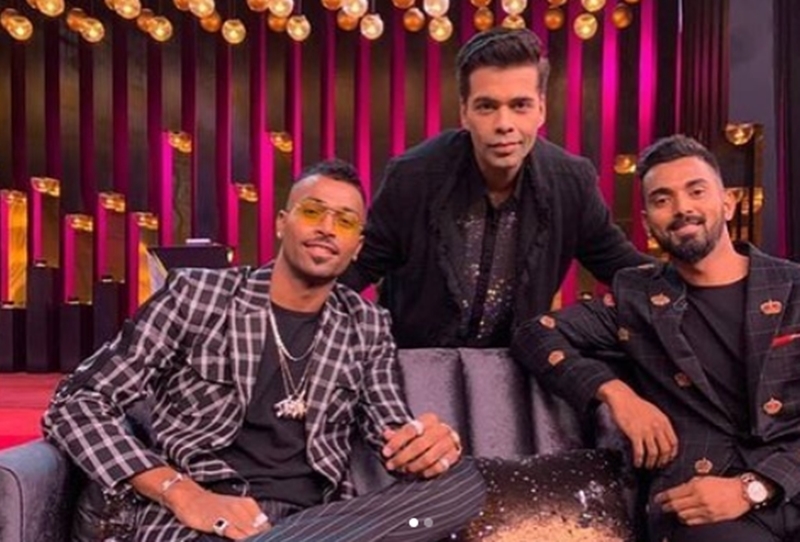 New Delhi: The Committee of Administrators chief Vinod Rai Thursday recommended a two-ODI ban on India players Hardik Pandya and KL Rahul for their controversial comments on women in a TV show but fellow COA member Diana Edulji has referred the matter to the BCCI’s legal cell.

Pandya’s comments, slammed as misogynistic and sexist, drew a lot of flak from all corners, prompting CoA to issue a show cause notice on Wednesday. The all-rounder, in response, said he was sincerely regretful and would not repeat the behaviour.

“I am not convinced with Hardik’s explanation and I have recommended a two-match ban for both players. However the final decision will be taken once Diana gives her go ahead,” Rai told PTI.

On the show, Pandya boasted about hooking up with multiple women and also how open he has been about it with his parents. India is scheduled to start a three-match ODI series against Australia from Saturday. Rahul, the more restrained of the two in the show hosted by filmmaker Karan Johar, has not yet reacted to the social media storm. The two players were given 24 hours to explain themselves by the BCCI.

“Diana has sought legal opinion whether the duo can be banned. So, obviously, a decision will be taken once she gives her nod. As far as I am concerned, the comments were crass, in bad taste and unacceptable,” Rai said.

It is learnt that Edulji has also sought the opinion of BCCI acting president CK Khanna, acting secretary Amitabh Chaudhary and treasurer Anirudh Chaudhry on the issue.