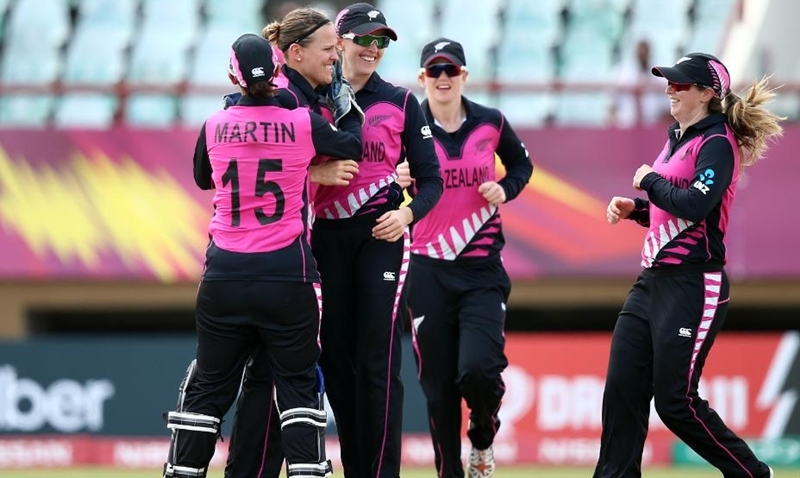 Dubai [UAE]: New Zealand batters Katie Perkins and Lauren Down have been recalled for the upcoming ODI series against India, which will also be part of the ICC Women’s Championship. Perkins, who last featured in an ODI against Pakistan in November 2017, will be joined with Down, who made her debut against West Indies in March, last year.

“Katie (Perkins) brings with her a lot of experience. She is an outstanding fielder and will be a valuable asset to our middle-order batting,” ICC quoted New Zealand head coach Haidee Tiffen as saying on Thursday.

In the absence of wicket-keeper batter Katey Martin, who is unavailable due to work commitments, White Ferns have announced that Bernadine Bezuidenhout, who was part of ICC World T20 2018 but didn’t keep, will wear the gloves.

“This is a fantastic opportunity for Bernie (Bernadine Bezuidenhout) to showcase her skills with the gloves. While we will miss the experience of Katey (Martin), this is a good chance to build some depth behind the stumps,” Tiffen added.

The coach further said that the team is “excited” to face India but they “won’t take them lightly.” “India will be a big challenge but we are walking towards and excited to take on. They are a quality side with power hitting throughout their batting order and some world-class spinners. We won’t be taking them lightly,” Tiffen said.

New Zealand and India are scheduled to play three-match ODI series, beginning from January 24 at Napier.