MSD being made a scapegoat: Sunny 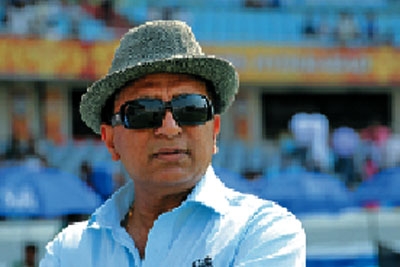 New Delhi :  Sunil Gavaskar has firmly defended under fire captain MS Dhoni, saying the India limited overs captain has been made a mere scapegoat and is good enough to play for another three to five years.

“It is unfortunate that he has been made a scapegoat. Nobody is raising questions against the performance of players like Shikhar (Dhawan), Suresh (Raina), Virat (Kohli), Binny (Stuart). Everyone seems to be ignoring the performance of the bowlers as well. The entire blame has been put on Dhoni. It is unfortunate. I feel he is good enough to play for another three to five years,” Gavaskar told NDTV.

Gavaskar feels Dhoni remains a special player and needs to be given time to get back to his best.”I remember when I started playing, 33-34 used to be the retirement age. By the time I retired it was 37-38. Sachin (Tendulkar) retired when he was 40. So players can play till 40. We need to be patient with Dhoni. He will deliver. He has a lot of cricket left in him,” said the former India captain.

Former spin great Erapalli Prasanna was critical of Dhoni, saying his footwork is not as swift. “It may be the beginning of the end for Dhoni but it is certainly not the end. He can go for another two to three years. But yes, this is how the fading of a cricketer starts. Dhoni’s timing and footwork are wanting,” said Prasanna.

Gavaskar was part of the same debate and when asked about Dhoni’s Test retirement affecting his game, he said: “Not at all. In fact, he will be a rejuvenated cricketer now. Playing Test cricket means you have to stand behind the stumps for long and that takes a toll on other aspects of the game. It is a blessing in disguise that he has retired from the longest format.”