Momentum with Pak against weary Aussies 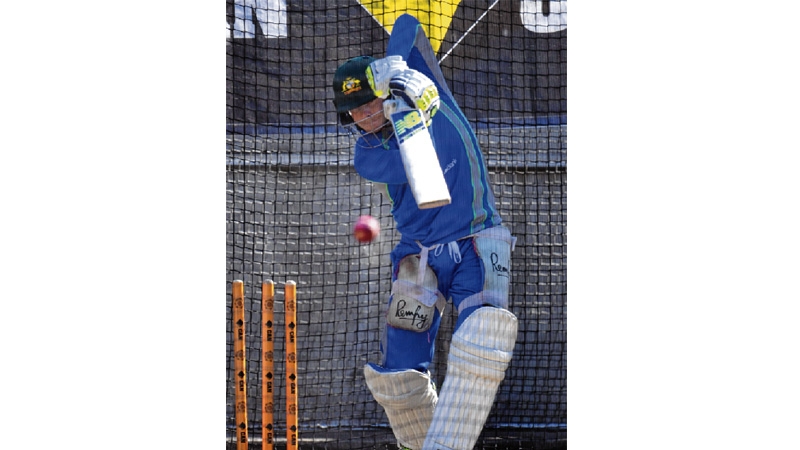 Melbourne : Pakistan say they have the momentum heading into the Boxing Day Melbourne Test after giving Australia a mighty fright during an epic run-chase in the opening clash of the series.

The tourists fell just 39 short of a mammoth 490-run target on the fifth and final day of the Gabba Test, led by a magnificent 137 from Asad Shafiq.

Steve Smith was a relieved captain as his Australia team fell over the line after the last five Pakistan wickets piled on 230 runs to get within sight of a world-record Test run chase.

The gruelling 145-over fourth innings has taken its toll on the Australian bowlers with selectors adding bowling all-rounder Hilton Cartwright to the squad as a precaution while their recovery is assessed.

“The confidence they have gained since that last innings and that momentum will definitely help carry them on into this Test,” former Zimbabwean Test batsman Flower said.

“It’s going to be hard work for the bowlers, but if we can get into them early and if the ball starts reversing then I’m sure we’ve got a good chance of making some things happen.”

Australia dominated the first day-night Brisbane Test up until late on the fourth day, when signs of anxiety crept in as Pakistan edged closer to a miraculous victory before Shafiq was dismissed.

“I saw a lot of very nervous campers all of a sudden for the first time,” Pakistan assistant coach Steve Rixon said. “I would have thought they would have turned up thinking, ‘We’re just going to win this, it’s only going to take two good balls and that’s it’. Well guess what? It wasn’t.”

Pakistan have lost their last 10 Tests in Australia and last won at the MCG in 1981 in the era of Imran Khan, Javed Miandad and Zaheer Abbas.

The Australians are confident crack pace pair Mitchell Starc and Josh Hazlewood will back up to bowl at the showpiece event despite each sending down 56 overs in the Brisbane heat with just a week’s recuperation.

“They’ll be sore, for sure, but it depends on how significant those little things are and the risks associated with it,” team sports medicine manager Alex Kountouris said.

“In general terms we think they’ll get through but we won’t know until we assess.”