At Stumps on Day 2, Australia were comfortably placed at 312/1 with Warner and Labuschagne batting on 151 and 55 respectively.
FPJ Bureau 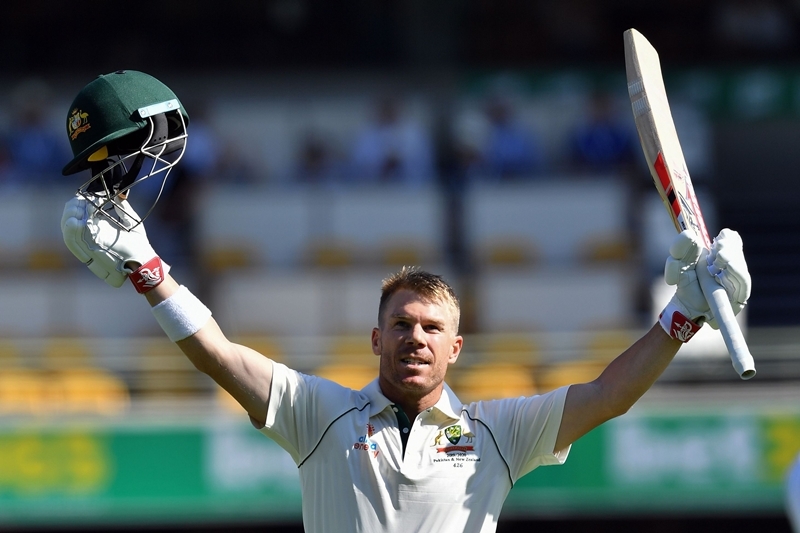 Brisbane: An unbeaten century from David Warner and half centuries from Joe Burns and Marnus Labuschagne on Friday put Australia in the driver's seat in the first Test against Pakistan at The Gabba.

At Stumps on Day 2, Australia were comfortably placed at 312/1 with Warner and Labuschagne batting on 151 and 55 respectively.

After bowling out Pakistan for 240 on the first day, the hosts made a prolific start on the second day as openers Warner and Burns put up a 222-run stand, tiring out the Pakistani bowlers.

Both the openers played comfortably without any trouble and exhausted the Pakistani pacers, including 16-year-old Naseem Shah who is making his debut in Test cricket.

They didn't give any chance to the visitors and collected runs at a brisk pace. Warner, who was playing his first Test after serving a one-year ban for his involvement in the Sandpaper Gate fiasco, was particularly aggressive and collected boundaries at will.

Pakistan came close to breaking the partnership two overs into the second session when Warner got an inside edge, going after a wide one that he could've left alone.

He was even given out, with Naseem picking up his maiden Test wicket. But the bowler had overstepped by quite a distance and he survived.

The 32-year-old went on to score his 22nd Test hundred. However, Burns was left disappointed as he fell short by three runs to add to his four Test hundreds. His wicket was taken by leg-spinner Yasir Shah.