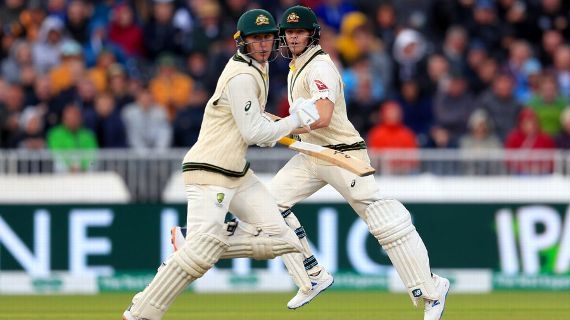 Mumbai: Australia's Steve Smith feels that his teammate Marnus Labuschagne can be a 'huge player' for the team for a long time.

"The thing I like about Marnus is his willingness to learn and how quickly he picks things up, and if he continues to do that, he's going to be a huge player for Australia for a long time," Cricket.com.au quoted Smith as saying.

Labuschagne grabbed a career-best third place in the latest ICC Test player rankings on January 8 after a match-winning double-century against New Zealand in Sydney.

Labuschagne was ranked 110th at the beginning of last year but is now only behind India captain Virat Kohli and compatriot Smith.

Smith further stated that he has no doubt that Labuschagne is going to get better.

"He's got a really good understanding of how he wants to play and that's a huge thing for a young player. To have that understanding and be able to stick to something for a prolonged period of time and trust it's going to work, he's found that method now and I have no doubt he's going to get better," he said.

Australia are gearing up for a three-match ODI series against India, starting today. Marnus Labuschagne says he focuses more on process rather than results