Kohli and India pile on the runs as Bangladesh wilts 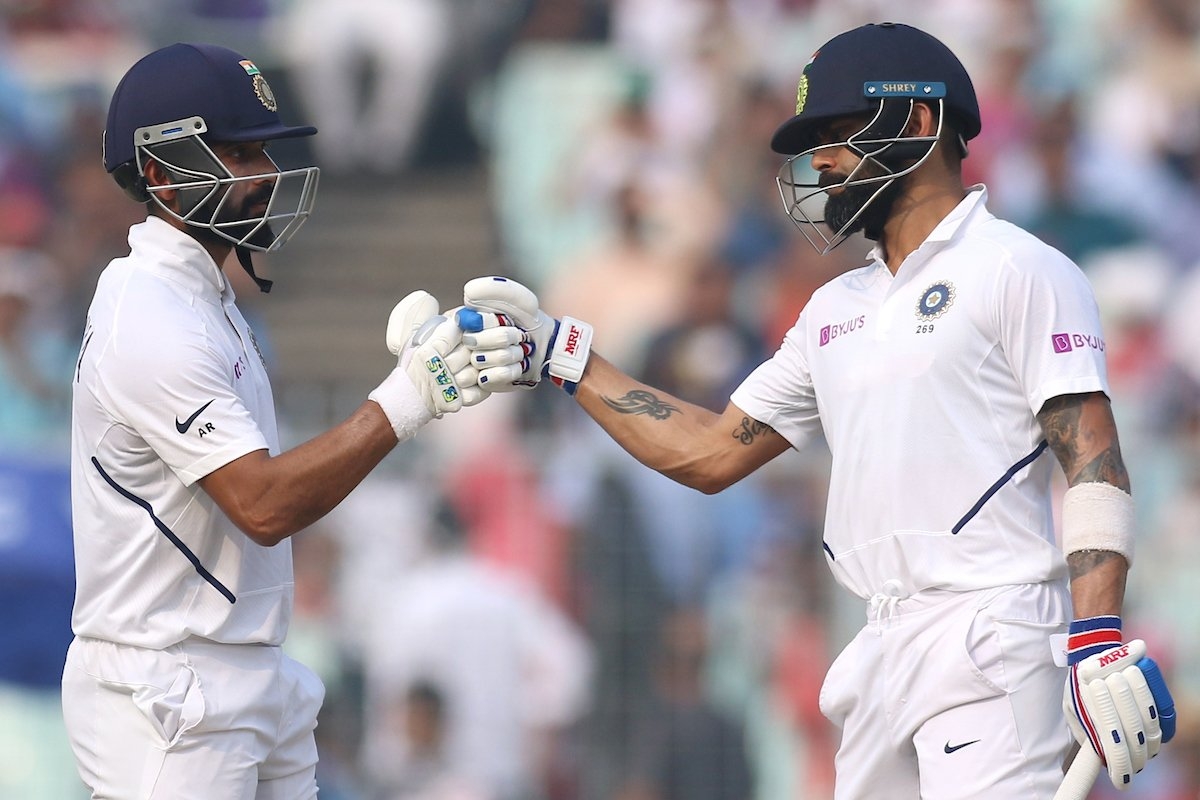 Kohli and Rahane during their partnership | Photo Credit: BCCI/Twitter

Virat Kohli might have his reservations about Day-Night Tests, but the Indian captain showed no signs of discomfort when it came to negotiating the heavily-lacquered pink ball as he slammed his 27th hundred in the traditional format to help India reach 289/4 at Tea on Day 2 of the second Test against Bangladesh here on Saturday.

Kohli got to the landmark, his 70th international ton and 20th as captain, by tucking Taijul Islam for two runs past square leg.

The 31-year old, who now has back-to-back tons at Eden Gardens with the last coming against Sri Lanka in 2017, took 159 balls to get to his century in 234 minutes after being on 59 at Stumps on Day 1.

The right-handed batsman shifted gears after getting to his hundred and hit Abu Jayed for four consecutive fours to go into the break on 130 from 187 deliveries (17x4). Left-handed all-rounder Ravindra Jadeja was batting with him on 12.

Ajinkya Rahane, who started the day on 23, smashed his 21st fifty but was dismissed soon after for 51 from 69 balls with the help of seven fours.

The pair shared a brisk 99-run stand off 134 balls for the fourth wicket as India looked firmly on course to bat Bangladesh out of the second and final Test and clean-sweep the series. The hosts had won the first Test in Indore by an innings and 130 runs.

Kohli and Rahane started from where they left on Day 1, milking the Bangladesh bowlers for boundaries with nonchalant ease.

The tourists' ground fielding was in shambles to add to their woes as both Kohli and Rahane displayed their full repertoire to entertain the motley crowd.

The ball lost shape had and had to be changed in the 59th over of the innings after it hugged the fence 30 times to underline India's sheer dominance.

Rahane brought up his fourth consecutive score of fifty or more by tickling left-arm spinner Taijul Islam for a single down the leg side. The India vice-captain got to the landmark in 65 balls and was looking on course for a big one.

But Taijul, who was axed from the playing XI originally but returned as concussion substitute for Nayeem Hasan and was the only bowler who posed some threat with his slow turn, forced Rahane to top edge a slower off break to point where Ebadat Hossain snaffled a sharp catch.

At the other end, Kohli showcased batting of the highest order as played shots right out of the top drawer. He moved to 99 with a sublime cover drive and after reaching three figures took on Abu Jayed to leave the visitors in tatters. 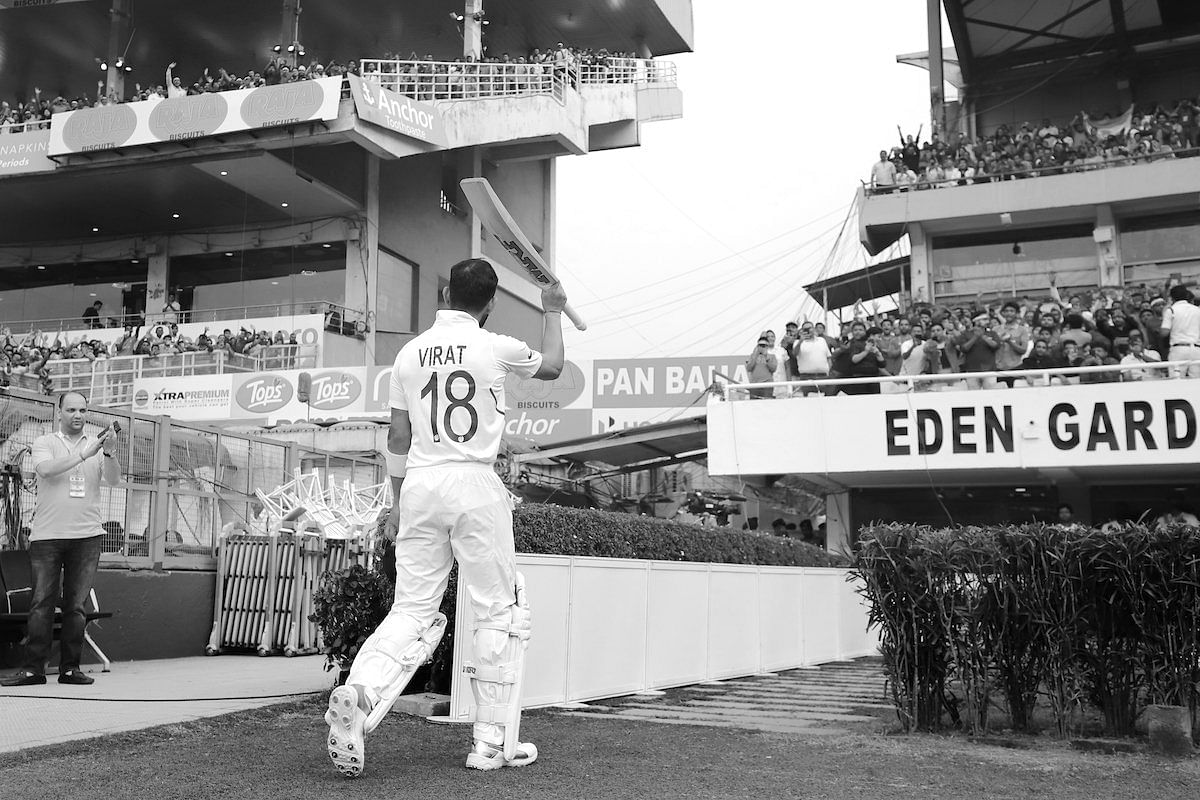