Key battles to look out for in today's India vs Australia 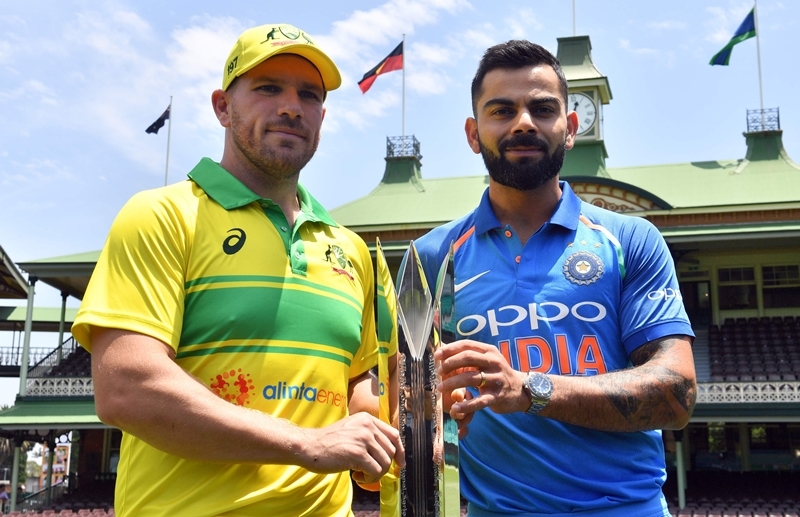 As the ‘Men in Blue’ take on their visitors from ‘Down Under’, fireworks are to expected as both the teams are on a roll. India recently overcame the challenge of South Africa and Sri Lanka, while, Australia celebrated their wins against Pakistan and New Zealand.

One factor to be considered is that India has played 6 ODIs after their World Cup campaign came to an end, while Australia has played no one-day match post the World Cup.

But, having said that, India should not take this Australian challenge lightly. The last time both the sides faced each other in a series in India, the Aussies turned out to be winners.

It is expected to be a feisty encounter between the two, as there is no clear favourite amongst them.

Here are five battles that should be expected when they face each other today in Mumbai.

The most in-form ODI batsman of India against one of the most important bowlers of Australia will be a very interesting battle to see. The vice-captain of India led the scoring chart last year, having amassed 1,490 runs in 28 matches at an average of 47.30. Rohit’s weakness is left-arm bowlers who can swing the ball in. And, Starc can do exactly that. Despite that, Starc has managed to dismiss Sharma just once in his career. He will be hoping to improve that record.

The mercurial Indian pacer Jasprit Bumrah will be eager to get his performance in the series off to a flying start. One plus point for him is that he is well aware of the condition of Wankhede Stadium, having played for Mumbai Indians in the IPL. Despite having a formidable record against India, Steve Smith will want to improve upon his ODI record on Indian soil. Overall, he has managed to score 690 runs in just 15 games against India. But, in India, Smith only has 170 runs from 10 innings.

Indian skipper Virat Kohli is probably the best player in the world at the moment in all three formats. Usually, he has been a pain in the head for almost all the bowlers he’s faced before. But, Adam Zampa can beg to differ. The leg-spinner has dismissed the Indian captain five times. Three of those dismissals came when the Aussies last played a limited-overs series in India. Kohli must be well aware of this threat and will hope that he doesn’t make the same mistakes as before.

David Warner knows Indian conditions like the back of his hand and can very well demolish the Indian bowling attack, all thanks to his stint in the IPL. Although the left-hander has not been in the same form as his compatriot Steve Smith; he will be hoping to find his touch in this series. Meanwhile, Kuldeep Yadav and Warner share a history. In 2017, Yadav had said that he could get Warner out whenever he wants to. Warner had replied that the pressure was on Kuldeep and not on him to perform. This could very well turn into a feisty encounter when they face each other in Mumbai.