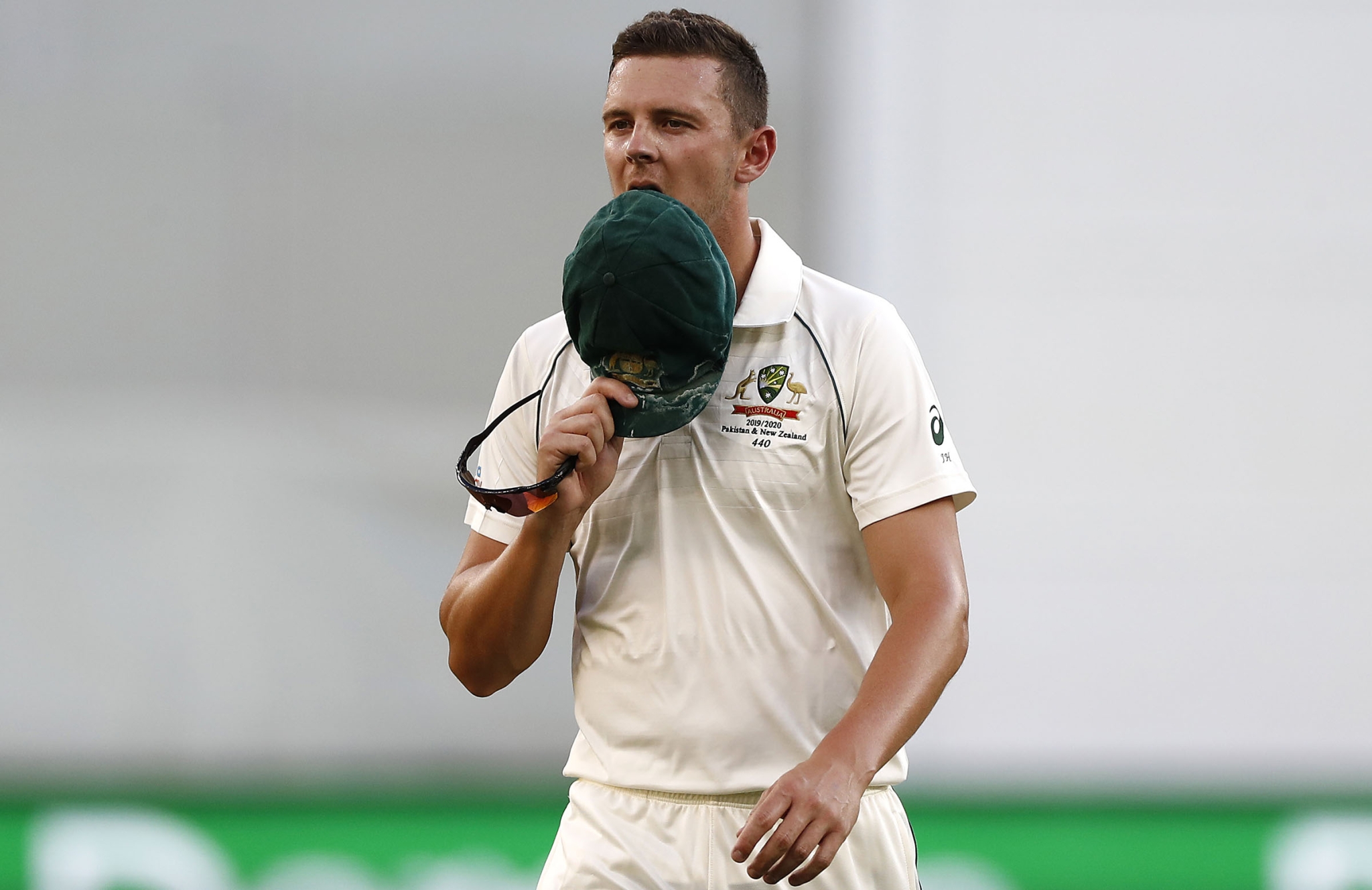 Perth: Australia was in a commanding position despite a late batting collapse on the third day of the first Test against New Zealand at Perth Stadium on Saturday.

Having led by 250 runs on the first innings, the home side were 167 for six at stumps, with Matthew Head on eight and Pat Cummins on one -- an overall lead of 417.

Cruising at 131 for one when Marnus Labuschagne (50) and Joe Burns (53) were at the crease, the Australians lost five for 29 under lights later in the day against some spirited bowling from the Kiwis, with Tim Southee claiming 4-63.

Labuschagne, dropped on four by Colin de Grandhomme from the bowling of Neil Wagner (2-40), missed the chance to join elite company when he pulled a short ball straight to Mitchell Santner at mid-wicket from the same bowler.

Without a Test century only a month ago, he was on track to become just the second Australian batsman, and fifth overall, to score four Test centuries in succession.

The only Australian to do so previously was Jack Fingleton in 1936.

Santner couldn't get a wicket with his spin, but he was the centre of attention in the field, colliding with Aleem Dar late in the day and leaving the umpire with a knee injury.

Dar, umpiring in a record 129th Test match, spent several minutes lying on the ground and needed medical attention before returning to his post.

Smith's relatively lean summer continued when he holed out to a short ball from Wagner for 16, the first time in his entire 71-Test career he has gone three matches without a half-century.

After the home side made 416 the Kiwis were dismissed for only 166 in their first innings as Australian paceman Mitchell Starc terrorised their batsmen in continued sweltering conditions.

Australia didn't enforce the follow-on given the extreme heat and the absence of front line paceman Josh Hazlewood due to injury.

Starc claimed 5-52 and troubled the New Zealanders with his pace and bounce.

Only Ross Taylor offered meaningful resistance with 80, but he was caught at slip by Smith off the bowling of Nathan Lyon.

Smith took three catches, including his blinder on the second day to remove Kane Williamson for 34 and end a 76-run third-wicket stand with Taylor.

His third was contentious, when de Grandhomme (23) was given out caught behind by Dar to hand Starc his fifth scalp.