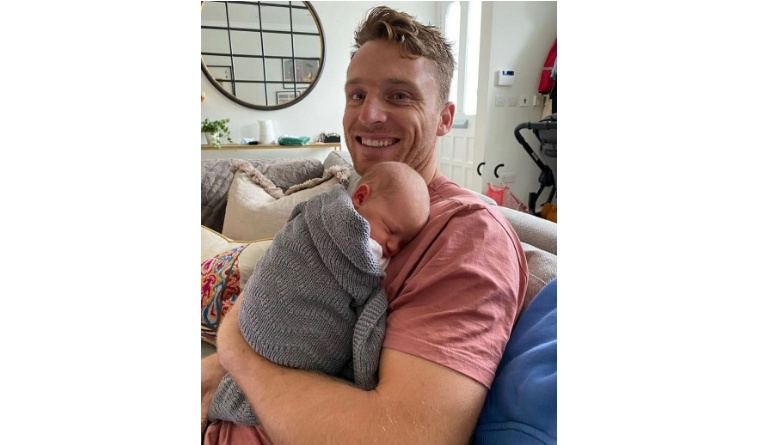 England wicketkeeper Jos Buttler and his wife Louise on September 5 welcomed their second child. Notably, the wicketkeeper-batsman had pulled out of the ongoing five-match Test series between England and India midway.

Jos and his wife has been blessed with another baby girl who has been named Margot. In April 2019, the star cricketer became a father for the first time by welcoming his first daughter Georgia Rose.

The official Instagram page of Rajasthan Royals shared a couple of adorable pictures of the Buttler family. In one snap, Jos can be seen posing with the latest member of his family. The other picture was a family selfie.

The Indian Premier League (IPL) franchise addressed the new baby as Maggie in their post. “Jos Baby is here! Welcome to the #RoyalsFamily, Maggie,” they wrote. In no time, the comment section got flooded with congratulatory wishes from his fans.

Due to birth of his second child, the England cricketer will stay away from the pitch for a while. Buttler featured in the first three Test matches but he chose to withdraw his name from the final two games. Not just the test series, Buttler has also pulled out of the second remainder of IPL 2021.

Speaking of the Test series, the fourth Test is poised for an exciting finish, as India ended day three at the Oval on 270/3 and have a lead of 171 runs with seven wickets in hand and Virat Kohli unbeaten on 22 and Ravindra Jadeja unbeaten on 9.

Though England bounced back by removing both Pujara and Rohit in quick succession, India still has seven wickets in hand to pile on the runs and extend the lead to a difficult target that England might have trouble chasing down.