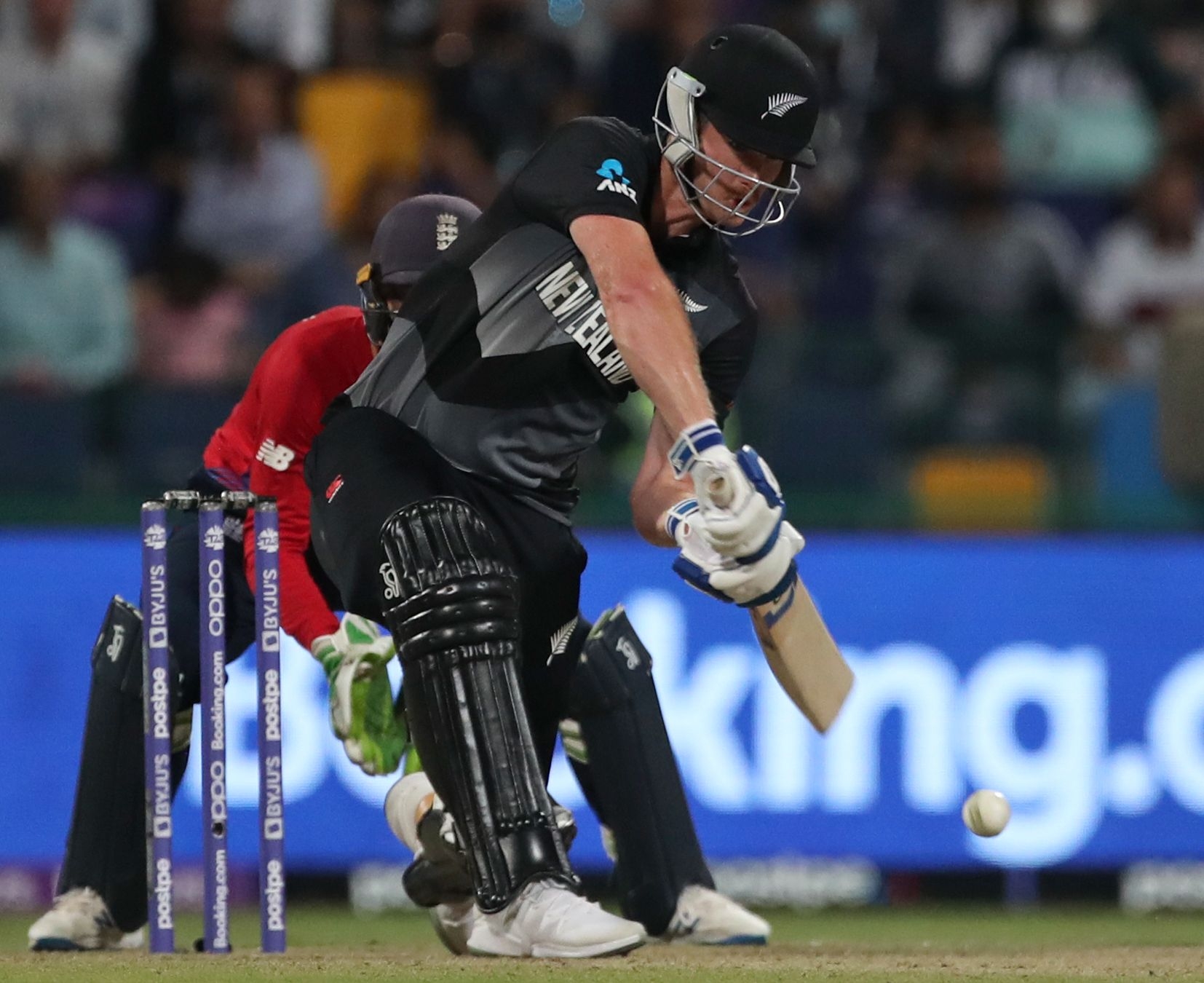 New Zealand all-rounder Jimmy Neesham, who played a match-winning knock against England in the semi-final, feels his job isn't finished yet.

Neesham shared a clip of the late Kobe Bryant saying "job's not finished" when the latter was asked why he wasn't smiling despite his team, Los Angeles Lakers being 2-0 up in the 2009 NBA Finals against Orlando Magic.

New Zealand were in a tricky position at 95/3 in the 14th over before Neesham whacked 26 from 10 to turn the tide in the Kiwis' favour.

Minutes after the win, Neesham pic viral in which the all-rounder was seen sitting in the dugout while all other New Zealand players celebrate the victory.

Reacting to his picture, Neesham said his job isn't done yet as New Zealand reached the final for the first time in T20 World Cup.

Chasing 167, the Black Caps were on the back foot when key duo Martin Guptill and Kane Williamson were dismissed by Chris Woakes inside the first three overs of the reply.

But the ship was steadied by Daryl Mitchell and Devon Conway, who added 82 for the third wicket before Neesham smashed 26 from 10 to turn the game in Kiwis' favour.

"The way Jimmy Neesham came out and hit the ball from get go was pretty special. He got us the momentum heading into the final overs. The rate was pretty high at that stage. Yeah very special win against England," said Mitchell.