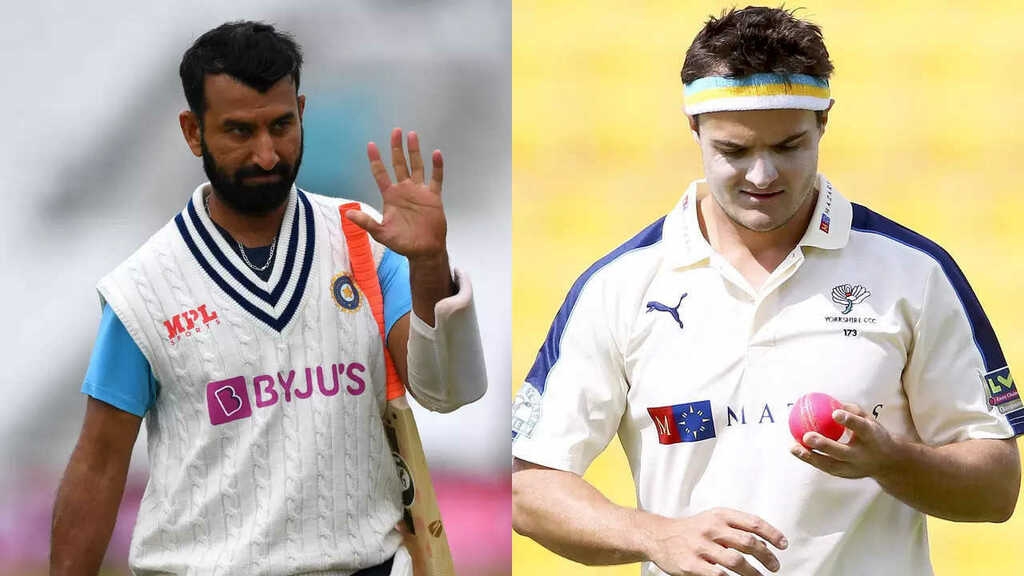 Somerset seamer Jack Brooks on Thursday apologised to Cheteshwar Pujara for his role in nicknaming the India Test specialist "Steve" during his time at Yorkshire.

Brooks - who joined Somerset in 2018 - also issued an apology for historical racist tweets (2012) as the controversy surrounding Azeem Rafiq's allegations of institutional racism against Yorkshire continued to haunt English cricket.

"With reference to my naming in Azeem Rafiq's statement to MPs this week, the use of the name 'Steve' related to some people having difficult names to pronounce. When this has occurred in the past in a dressing room environment, it has been commonplace to give nicknames, regardless of creed or race," Brooks said in a statement that appeared on the Somerset club's website.

"I admit to having used it in this context and now accept that it was disrespectful and wrong to do so. I have reached out and apologised to Cheteshwar for any offence that I have caused him or his family. At the time I didn't recognise this as racist behaviour, but I can now see that it was not acceptable."

Earlier in the week, Brooks' name featured in Rafiq's testimony in front of the Department for Digital, Culture, Media and Sport select committee. Rafiq said that Brooks had started the practice at Yorkshire of referring to Pujara as "Steve", rather than use his given name.

Brooks also acknowledged that the language used in the two tweets he made in 2012 was "unacceptable".

"I deeply regret using it. I unreservedly apologise for any offence caused to anybody who may have seen these tweets."

"The two players to whom I sent the tweets are my friends and it was certainly not my intention to cause distress or offence to them or anyone who read them."

"It is my understanding that neither individual was offended at the time, but I accept that language is important and that a word I used may have caused offence to others." Brooks said he condemned discrimination of any sort.

"I should never have used discriminatory language, no matter what the intention and context was. I wholeheartedly apologise for any offence caused." Somerset said, after an internal investigation, it has decided to reprimand Brooks and asked him to participate in "extensive training on equality, diversity and inclusivity".

"Somerset was made aware of allegations in relation to social media posts which had racist connotations made by one of our current players, Jack Brooks, while he was employed by another County in 2012," the club said in a statement.

"Jack was made aware of these allegations and the Club immediately launched an investigation. Subsequently, in addition to the social media posts, claims that Jack was involved in the adoption of the nickname 'Steve' for an overseas player at Yorkshire were also investigated."

"There is no doubt these comments are unacceptable. Somerset CCC condemn the use of language which has any racist connotations. There is no place for racism at Somerset Cricket or across the game as a whole." Somerset said it encourages anyone with information on incidents which may have occurred in the past to report them to the club to ensure that lessons are learned."

"Any information received will be kept confidential and investigated. We are listening."

"The club is extremely disappointed to hear that Jack and his partner have this week been in receipt of threatening posts on social media. These have been reported to the relevant authorities for further investigation."