It was a tough wicket, rode my luck: Travis Head 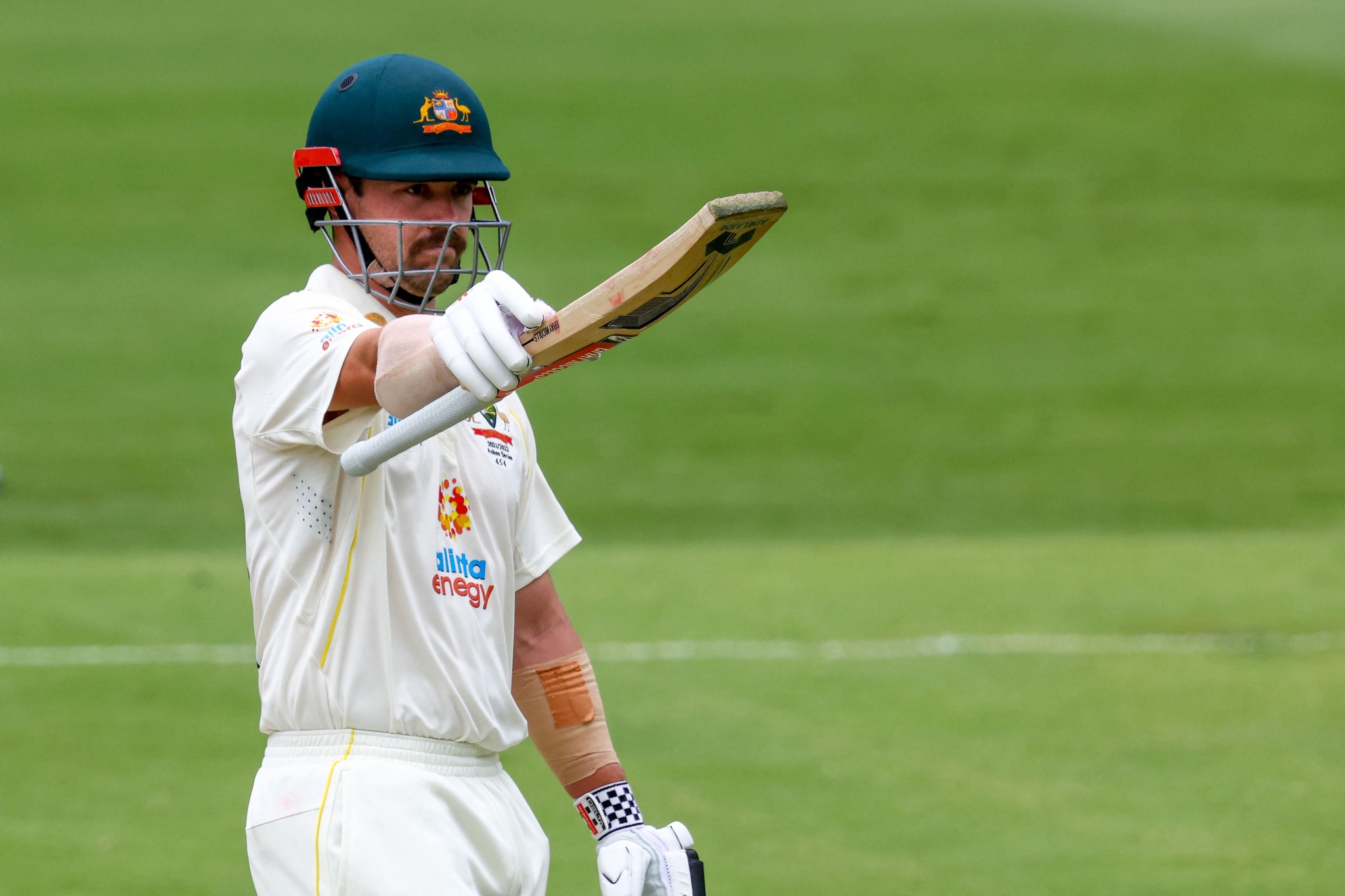 Travis Head's blistering 152-run knock of 148 balls paved way for an emphatic win for Australia as the hosts took a massive 278-run in the first innings of the first Ashes Test at Gabba in Brisbane. Head was adjudged 'Player of the match' for his superlative knock.

"It is a great starting point for us as a team. Davey-Marnus partnership that set me up, late in the day to take my opportunity. It was a tough wicket, rode my luck, took my opportunities and it was nice to contribute and this morning was fantastic." said Travis Head after being awarded the 'Player of the match' award.

In a knock comprising of 14 boundaries and 4 maximums, Travis Head wreaked havoc on the English bowlers as Australia scored 425 runs in the first innings of the match. The Southpaw gave credit to the team management and support staff for his impactful knock.

"The staff, Pat (Cummins) and JL (Justin Langer) were fantastic with the communication, gave me real clarity and a clear mind and great to get the nod and great to contribute," said Travis Head.

Head also had a brilliant partnership of 85 runs with Mitchell Starc for the 7th wicket to ensure a big first-innings lead for the Aussies. Starc too had a decent outing with a 35-run knock in the first innings and 3 wickets in both innings.

"The whole moment, the crowd and the emotion of Test cricket you ride that wave, I was going quite hard and there was plenty of emotion there and riding that with Starcy [Starc] was fantastic. He came back beautifully, yesterday he would've been disappointed not to have the results he would've liked but he stayed tough and hung in there," said Travis Head about Mitchell Starc.

If in the first innings it was captain Pat Cummins leading the way for the hosts with the ball picking up 5 wickets then in the second innings it was off-spinner Nathan Lyon running through the English batters bagging 4 wickets and most importantly breaking the 162-run partnership between Joe Root and Dawid Malan dismissing the later for 82. In this match, he also went past the 400 wicket mark becoming the 17th bowler and the third Aussie in the history of Test cricket to achieve this milestone.

"We knew the rewards were around the corner, everything he gets, he deserves. He is an excellent worker, an excellent team-man. Fantastic to see him get the results he did and come back really strong for us this morning [on Nathan Lyon]. I will enjoy this and can't wait to get home, one of the great weeks in Adelaide, I'm sure it will be sold out and can't wait to get there." said Travis Head on Nathan Lyon's performance in 2nd innings.

The Australians wrapped up the match with more than one and a half days to go and they now have a 1-0 lead in the 5-match Ashes series heading into the 2nd Test match in Adelaide which will be a Day/Night match starting December 16.