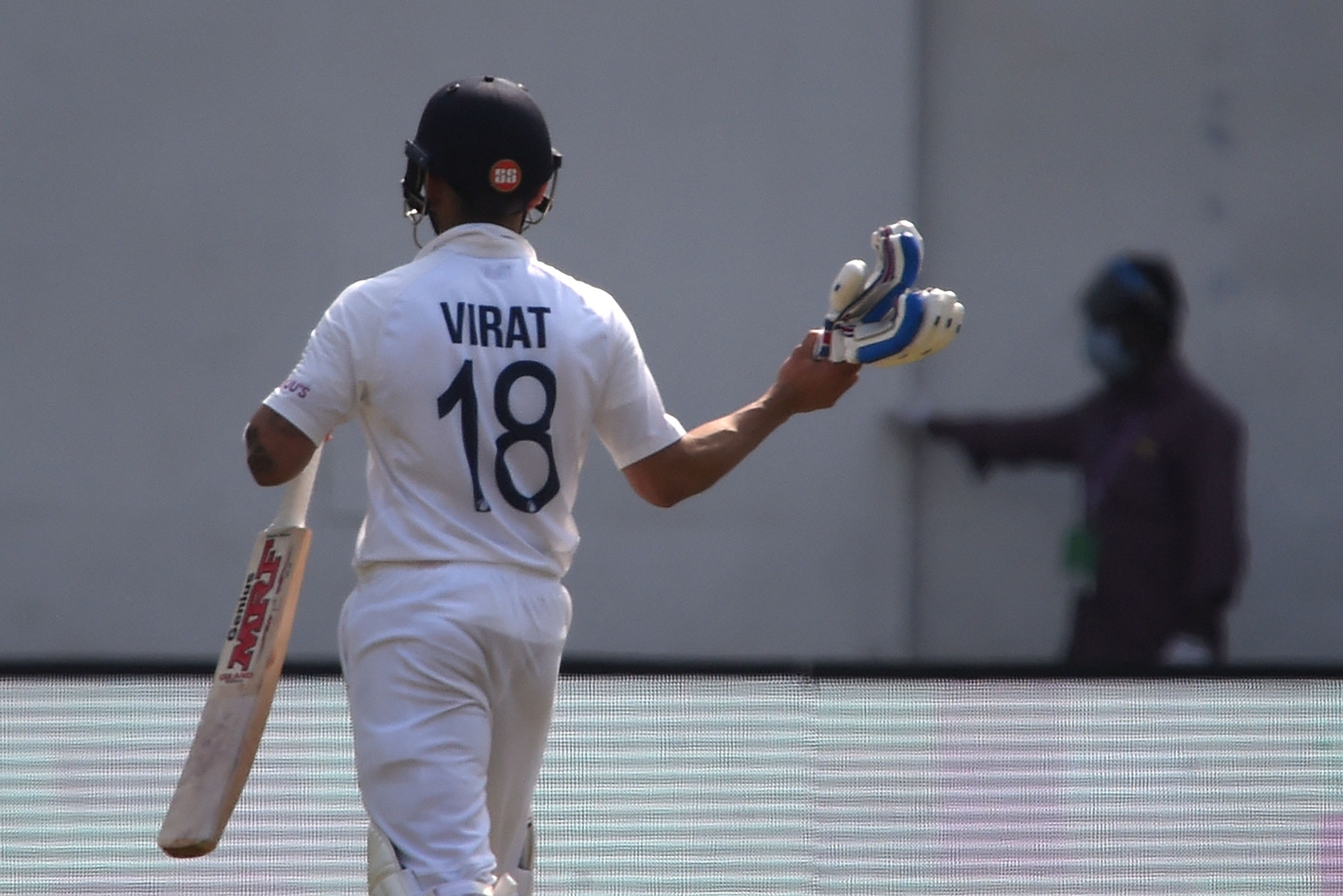 India's captain Virat Kohli walks back to the pavilion after his dismissal on the first day of the second Test cricket match between India and New Zealand at the Wankhede Stadium in Mumbai on December 3, 2021. | (Photo by Punit PARANJPE / AFP)

Veteran Bollywood actor Paresh Rawal on Friday hit out at the third umpire for giving India skipper Virat Kohli out in the 30th over on day one of the second Test match against New Zealand at the Wankhede Stadium in Mumbai.

Former England skipper Michael Vaughan also felt that Virat Kohli wasn't out. "NOT OUT," he tweeted reacting to the video of Kohli's dismissal.

For the unversed, Kohli was ruled out LBW off spinner Ajaz Patel by on-field umpire Anil Chaudhary. The skipper reviewed the call but it was upheld by TV umpire Virendra Sharma, after watching multiple replays.

From one angle it seemed as if the ball hit the bat first before hitting the pad. From the other side, it seemed pad, bat and then pad. The TV umpire said that the replays were inconclusive and hence he chose to go ahead with the on-field umpire's decision.

The incident triggered has a debate on social media.

Meanwhile, Mayank Agarwal scored his fourth Test ton as India ended day one of the second and final Test at 221/4 on Friday. Mayank scored an unbeaten 120 while Wriddhiman Saha hit 25 before the close of play.

Resuming from 111/3 after tea, Mayank and Shreyas Iyer steadily carried on from where they had left after the fall of three quick wickets. Ajaz Patel once again put break as he dismissed the middle order batter in the 48th over.

Despite losing partners at the other end Mayank looked solid and kept the scoreboard moving and capitalized on the poor deliveries that came his way as India scored 221/4 on day one of the second Test.