It was only Ireland's second victory in T20 cricket over the West Indies who went into the game having swept the ODI series 3-0.
AFP 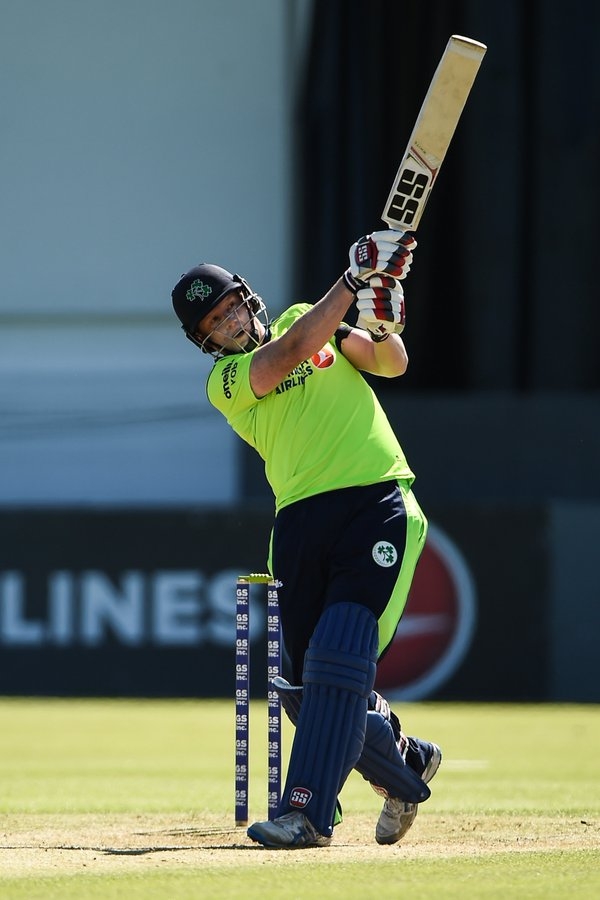 Ireland rode a career-best 95 from opener Paul Stirling before keeping their nerve in a nail-biting final over to pull off a four-run win over world champions West Indies in the first of a three-match Twenty20 series on Wednesday.

The burly Stirling steered Ireland to 208-7 in their 20 overs.

However, the home side appeared comfortably on course for victory, bringing up their hundred inside 10 overs with just two wickets down, until the game was decided in the last over.

Needing 15 to win, all-rounder Josh Little (3-29) got rid of the dangerous Dwayne Bravo, one of two wickets to fall in the last over.

With five needed off the last ball and seven wickets down, Hayden Walsh could only wave his bat into thin air in a desperate attempt to win the game.

It was only Ireland's second victory in T20 cricket over the West Indies who went into the game having swept the ODI series 3-0.

"Everyone is ecstatic, we came so close in that second ODI (lost by one wicket) and it maybe affected us in that third ODI, so to show the bottle and come out against one of the top teams in T20 cricket and get a win was great for the vibe of the team," said Ireland skipper Andrew Balbirnie.

For the home side, opener Evin Lewis top scored with 53 off 28 balls with six fours and three sixes.

It was Lewis's sixth T20 half-century and followed knocks of 95 and 102 in the one-dayers.

West Indian captain Kieron Pollard hit a breezy 31 from 15 balls, threatening to take the game away from Ireland.

But the Irish fielders continued to hold their catches to take the game into the last over.

"It was a really good pitch and I think we put a par score on which showed in the end, we felt we were in the game the whole way through," said Stirling.