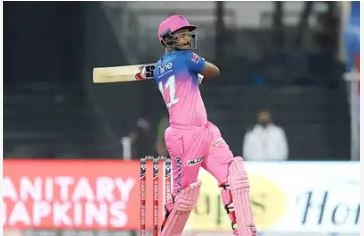 The Rajasthan Royals (RR) have retained Sanju Samson (14 cr), Jos Buttler (10 cr) and Yashasvi Jaiswal (4 cr) before the mega auction for IPL 2022. With these three retentions, the franchise is now lefy with Rs 62 crore in its purse.

Samson, who replaced former RR star Steve Smith as the leader of the Rajasthan franchise has been nothing but a priority pick for the former IPL champions.

The Rajasthan Royals have also decided to release all-rounder Liam Livingstone while uncapped Indian opener Yashasvi Jaiswal has been retained for the 15th season of the T20 tournament. Stokes, Archer, Livingstone and Jaiswal had earlier emerged as top frontrunners to feature the Royals' retention list alongside skipper Samson and Englishman Buttler.

One of the best all-rounders in the world of cricket right now, Ben Stokes has been released by Rajasthan Royals for next year. The English all-rounder played only one match for Rajasthan Royals in IPL 2021. His campaign came to an end after injuring his finger in the first game he played against Punjab Kings.

Notably, Archer was bought by Rajasthan Royals in the 2018 edition for 7.20 Crores. He was outstanding in all three seasons that he was part of. Jofra played 35 matches and picked 46 wickets at an impressive economy of an average of 7.13 and 21.32.

Archer was ruled out of the IPL 2021 due to an injury to his right elbow.