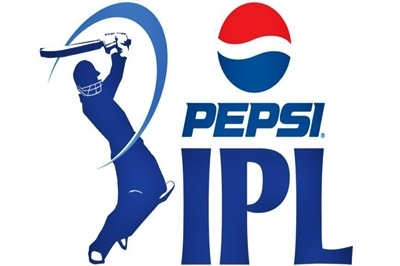 New Delhi: The ninth edition of the Indian Premier League (IPL) in 2016 will be held from April 9 to May 29 and would welcome two new franchises, Pune and Rajkot, in place of the suspended Chennai Super Kings and Rajasthan Royals, it was announced on Tuesday.

The base price was pegged at Rs.40 crore for the franchisees by Board of Control for Cricket in India (BCCI).

A reverse bidding process was employed for the selling of the teams and the bidders were stipulated to quote an amount less than Rs.40 crore. The lowest bidder won the right for the franchises.

The BCCI is set to gain more than Rs.360 crore, according to board president Shashank Manohar.

“What we had calculated was that BCCI pays the franchises approximately Rs.70 crore first year out of the central revenue and next year it would be Rs.75 crore. So that makes it Rs.145 crore for one team. Now that Rs.145 crore is going to be safe because these two franchisees are not accepting that central revenue. Plus they are paying us Rs.25 crore. So Rs.50 crore (across two years) more. That is the simple calculation,” Manohar said at the media conference here.

The interim franchisees can opt to retain the cricketers of CSK and RR through a draft system.

The cricketers will be divided into two groups of capped and uncapped and the top names will be sold through the draft system. The two new teams will have a minimum of Rs.40 crore and a maximum of Rs.66 crore to buy players.

The draft pick will be held on December 15. Pune will pick the players first. The IPL auction for the rest of the players will take place on February 6 in Bengaluru.

IPL chairman Rajiv Shukla revealed that three more bidders were in the play. They were Harsh Goenka of RPG properties, Chennai-based Chettinad Cement and Axis Clinical.

Shukla said New Rising also had Nagpur as one of its options, for which it bid Rs.11 crore. Intex also bid Rs.10 crore each for Nagpur and Visakhapatnam.

Fresh bids for two new IPL franchises arose after CSK and RR were suspeded for two years for the involvement some of their officials and co-owners in the 2013 IPL spot-fixing and betting scandal by the Supreme Court-appointed Justice (retd) R.M. Lodha committee.

Manohar said that there have been no decision on the return of CSK and RR.

“We have not taken a call on it as of now. They stand suspended. Today’s winning bidders will exist for two years,” Manohar clarified.

The BCCI on Tuesday also declared a cash award of Rs.2 crore for the Indian team for winning 3-0 against World No.1 Test side South Africa in a four-match series that concluded on Monday.