IPL 2022: Hardik Pandya, Shreyas Iyer may not be in Mumbai Indians, Delhi Capitals

MI are unlikely to retain Hardik Pandya, while Shreyas Iyer appears to be looking for a leadership role
PTI 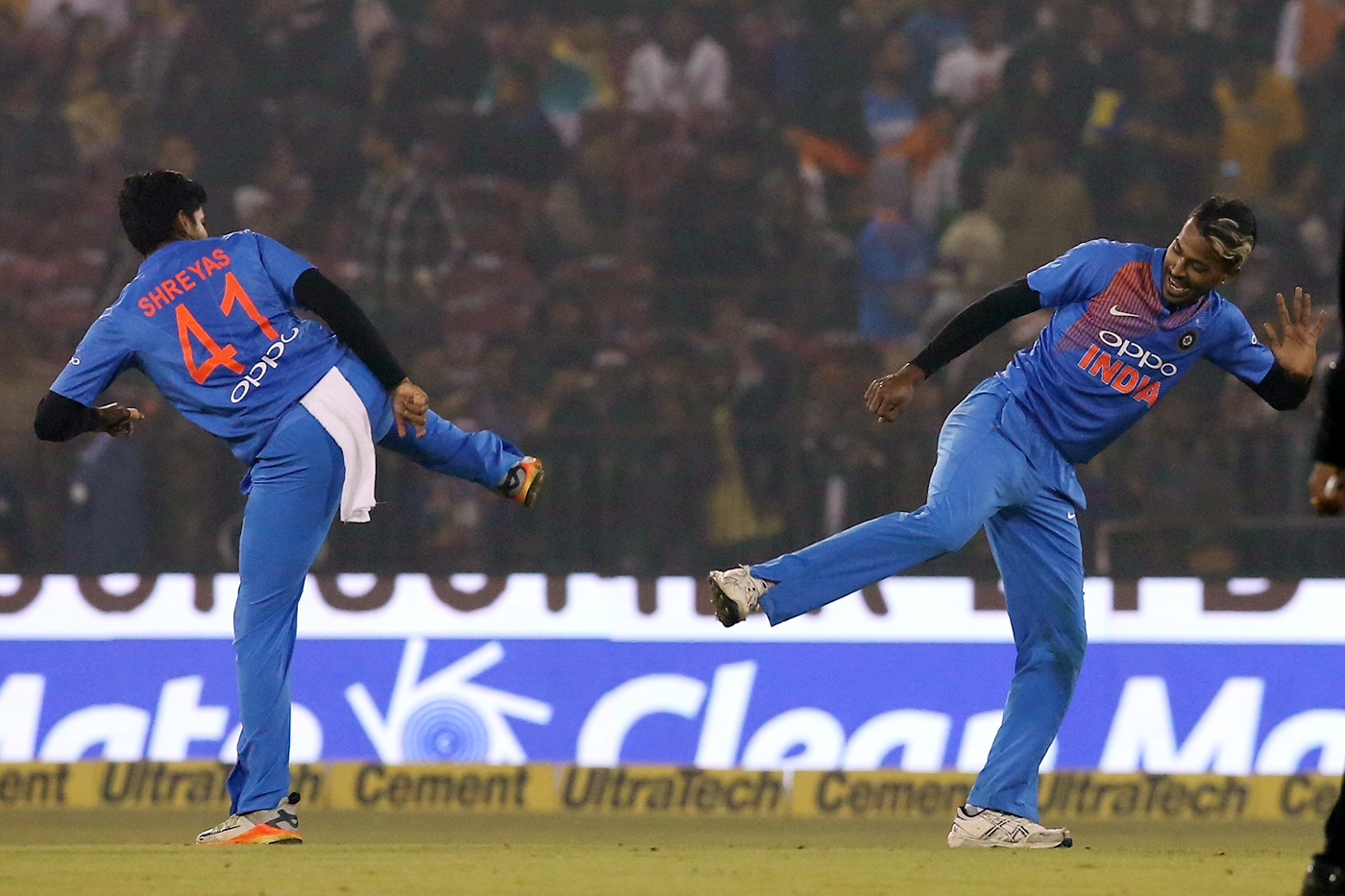 Colourful all-rounder Hardik Pandya is likely to be sent back into the IPL auction pool by Mumbai Indians as the five-time champions are more or less sanguine about the players who are in their retention list for the 2022 season.

With the IPL set to be a 10-team affair after RP-SG bought Lucknow and CVC owned the Ahmedabad franchises respectively, there will be a big auction in December this year with a lot of teams restructuring their core, looking at the future.

However MI, one of the best IPL teams across the 14 seasons, will have their core almost same but a notable absentee could be Hardik, a flamboyant all-rounder who has of late become more of a specialist batter.

"Rohit Sharma and India's pace spearhead Jasprit Bumrah are automatic picks. Kieron Pollard will be third retention. MI's strength is their continuity as these three are pillars of MI," a senior IPL official tracking the retention market of franchises told PTI.

"At this point in time, there is less than 10 percent chance that Hardik will be retained by MI. Yes, he might just outperform everybody in the next few T20 World Cup games but even then, chances are dim. If there are four retention or 1 RTM, then Suryakumar Yadav and Ishan Kishan are the contenders for that slot," the IPL official added.

The reason behind MI's reluctance to retain Hardik is purely cricketing as he is no longer the feared all-rounder that he used to be two years back. His back will perhaps never allow him to be the brisk fast-medium bowler that he used to be once upon a time. He will not be able to bowl consistently in late 130 kmph and no seasoned IPL outfit will punt purely on his batting skills.

Hardik might still be picked by MI from the auction if he comes within the budget earmarked for him.

"Yes, obviously there is a market dynamics and if required MI will pick him from the auction, provided he fits within a specific budget. In order of preference, the first five MI players are Rohit Sharma, Jasprit Bumrah, Kieron Pollard, Suryakumar Yadav and Ishan Kishan," the IPL insider stated.

It is understood that talented India batter Shreyas Iyer is unlikely to be a part of Delhi Capitals set-up during next year's Indian Premier League.

If sources close to the cricketer are to be believed, he is keen on a leadership role and it looks unlikely that Delhi Capitals would hand over the captaincy back to him as Rishabh Pant has also led the side to the IPL play-offs during this edition.

Under Iyer, Delhi had reached the playoffs twice, including its maiden final appearance during the 2020 season.

Having been a successful leader in his own right, Iyer would like to make himself available for a leadership role.

With two new franchises in the market and a few like Rajasthan Royals and Punjab Kings always in hunt for new captains, not to forget RCB, there is a good chance that he will be one of the potential captains.