IPL 2022: Australia batter David Warner to go into the auction pool ahead of next season

SRH's treatment of David Warner has been a tough pill to swallow, he said
FPJ Web Desk 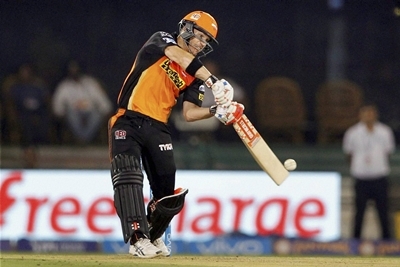 Australia opener David Warner revealed that he will go into the auction ahead of the next year’s IPL. Warner, who began IPL 2021 as the captain of Sunrisers Hyderabad, was stripped of his captaincy before being dropped from the team.

“It was a tough pill to swallow," Warner told a morning show on Australian radio station SEN, on Thursday.

Warner had scored 195 runs in the season at a strike rate under 110. He had led SRH to the title in 2016. He said he has likely played his final game for Sunrisers Hyderabad, where he has spent eight seasons.

"Obviously, there are a lot of moving parts around there. What you have to do as a professional athlete is take it on the chin do everything you can for the team.”

"Not being able to go there, run drinks, and be around was when it sort of hit home that it could be personal, and I'm still yet to get those answers," he added.

"I will put my name in the auction," he confirmed to the radio station. "By the signs of the recent IPL, I won't be retained by the Sunrisers, so I'm looking forward to a fresh start.”