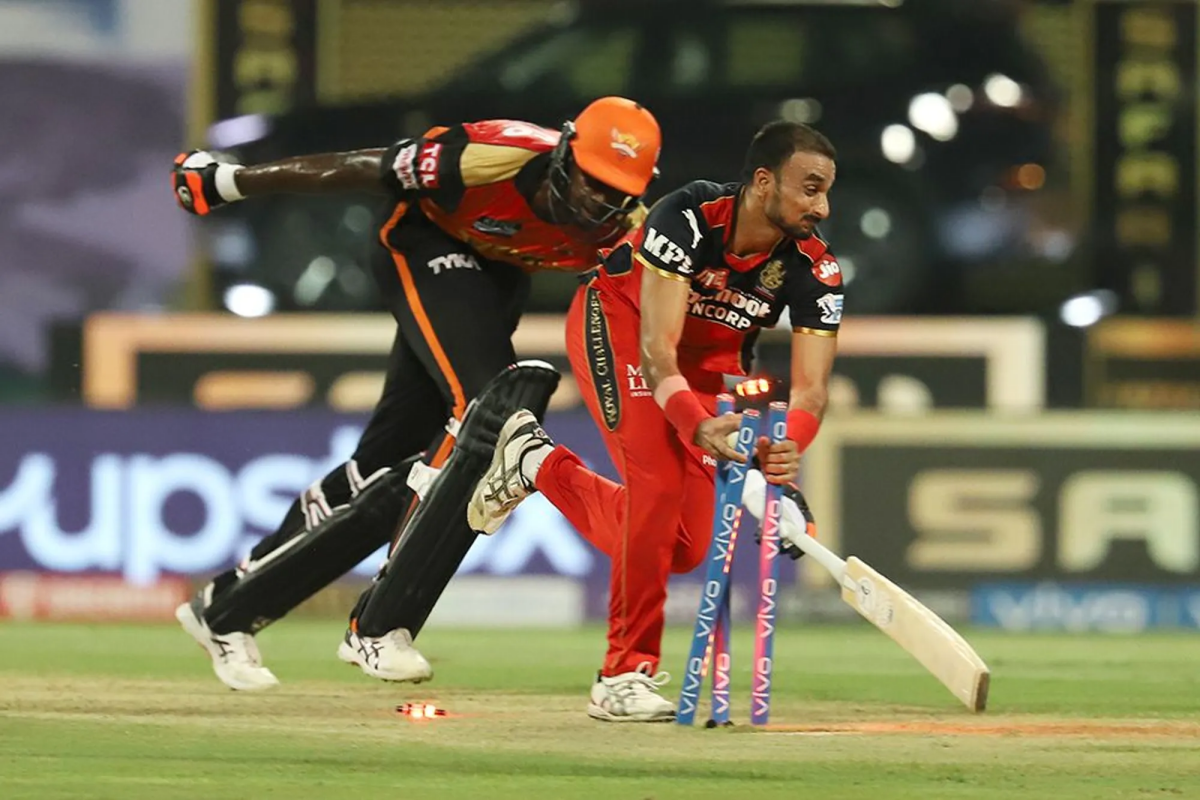 Royal Challengers Bangalore (RCB) pacer Harshal Patel on Wednesday set a new record for most wickets taken in a single season by an Indian bowler. Patel secured this amazing feat after he bagged his 28th wicket in IPL 2021 and went past Mumbai Indians speedster Jasprit Bumrah.

Patel made the record after he dismissed Sunrisers Hyderabad wicketkeeper-batsman Wriddhiman Saha on 10 in the 18th over of the first innings. He bowled a slower delivery and Saha's mishit was caught at long off by AB de Villiers. Earlier in the day, in his second over, he castled a well-set Kane Williamson on 31. He bowled an off-cutter on length that was angled into the stumps.

With this latest feat, Patel went past Bumrah's tally of 27 wickets. The MI pacer had set a record in 2020 by reaching the tally in 15 matches. Third in the list, now, is Sunrisers Hyderabad (SRH) pacer Bhuvneshwar Kumar, who had bagged 26 wickets in 14 matches, with the best performance of 5/19 during the 2017 season.

Followed by Bhuvneshwar is Rajasthan Royals (RR) pacer Jaydev Unadkat, who achieved his career-best haul of 24 wickets in the 2017 edition as well. He achieved the tally for the now-defunct Rising Pune Supergiants (RPSG) in 12 matches and his best performance was a 5/30.

Harshal Patel is currently the 'Purple Cap' holder and is having a season to remember. He already has a five-wicket haul, a hat-trick, a four-wicket, and a few three and two-wicket hauls to his credit. FPJ Poll: 66% of cricket fans back RCB to win against SRH in today's IPL match