IPL 2021, RCB vs RR: Who is George Garton? All you need to know about RCB's latest debutant

The 24-year old left-arm pacer has been named as a replacement for Kane Richardson in the remainder of the IPL 2021 season.
FPJ Web Desk 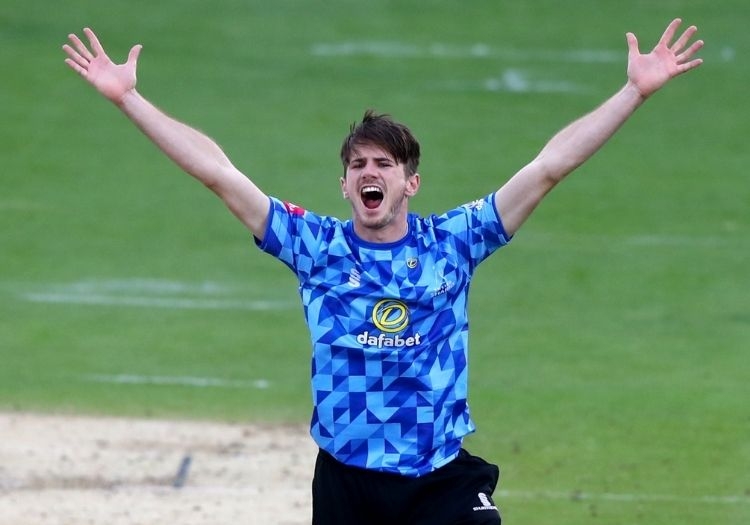 Mumbai: Making his debut for the Royal Challengers Bangalore (RCB) in today's game against Sanju Samson-led Rajasthan Royals (RR) in the second phase of the UAE leg of the IPL, George Garton is an English left-arm bowling all-rounder. Hailing from Sussex, Garton is still an uncapped player for England but has been a part of the England Under-19 World Cup squad in Bangladesh in 2016.

The 24-year old left-arm pacer has been named as a replacement for Kane Richardson in the remainder of the IPL 2021 season.

In November 2017, Garton was added to England's Test squad for the 2017–18 Ashes series as cover for Jake Ball and in August 2020, in the third round of matches in the 2020 Bob Willis Trophy, Garton took his maiden five-wicket haul in first-class cricket. After an incredible season in both formats that were played, both with bat and ball, George Garton has received the most votes, and has therefore won, Player of the Season and Young Player of the Season for 2020.

Garton has excelled with the white ball too. He was the leading wicket-taker in the 2019 Abu Dhabi T10 and more recently joint-third in the Hundred with 10 wickets.

Garton was quite impressive in 'The Hundred' this year and had claimed ten wickets at 23. The left-arm pacer had also has been successful in T20 formats, with nine wickets in six games at 16.66 with an ER of 7.50 in 2021.

RCB is placed at the third spot in the points table and will be up against the seventh-placed RR here at Dubai International Stadium. IPL 2021: When and where to watch today's RR vs RCB encounter Live on TV and online