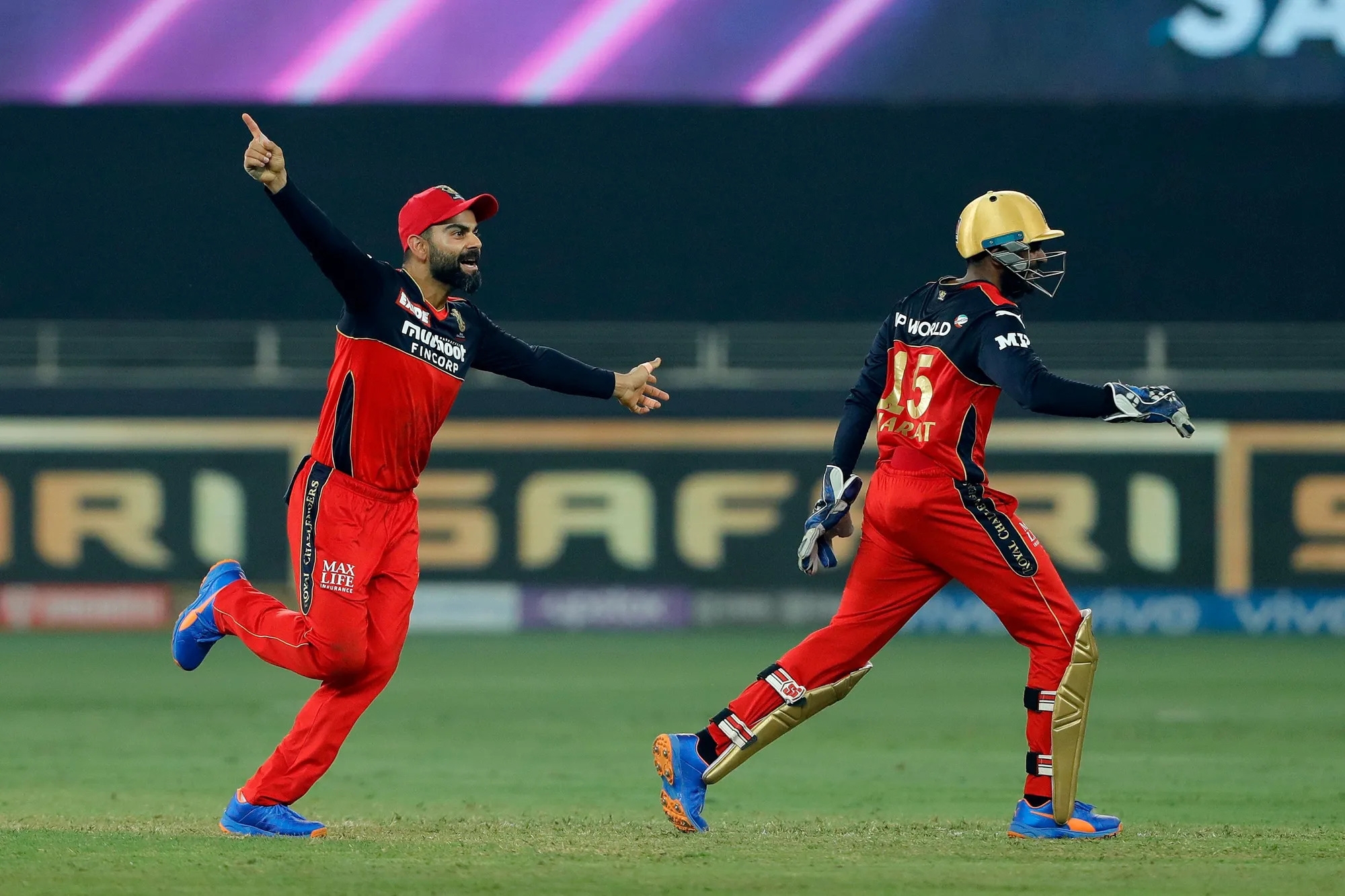 Royal Challengers Bangalore (RCB) dished out a clinical display with both bat and ball to record a comprehensive seven-wicket victory over Rajasthan Royals in the Indian Premier League (IPL) match in Dubai on Wednesday.

Chasing 150, RCB completed the task with as many as 17 balls to spare.

Star all-rounder Glenn Maxwell blazed away to an unbeaten 50 off just 30 balls, while Srikar Bharat played sensibly for his 44 off 35 deliveries.

Kohli and Padikkal earlier gave the team a brisk start as RCB scored nine runs per over in the power play.

Earlier, RCB staged an excellent comeback as Rajasthan Royals blew away a blistering start to finish at 149 for nine.

Left-arm spinner Shahbaz Ahmed (2/10) and leg-break bowler Yuzvendra Chahal (2/18) triggered the slide after RR were cruising at 100 for one in the 11th over. Pacer Harshal Patel, who is in the form of his life, picked up three wickets. IPL 2021, RCB vs RR: Who is George Garton? All you need to know about RCB's latest debutant