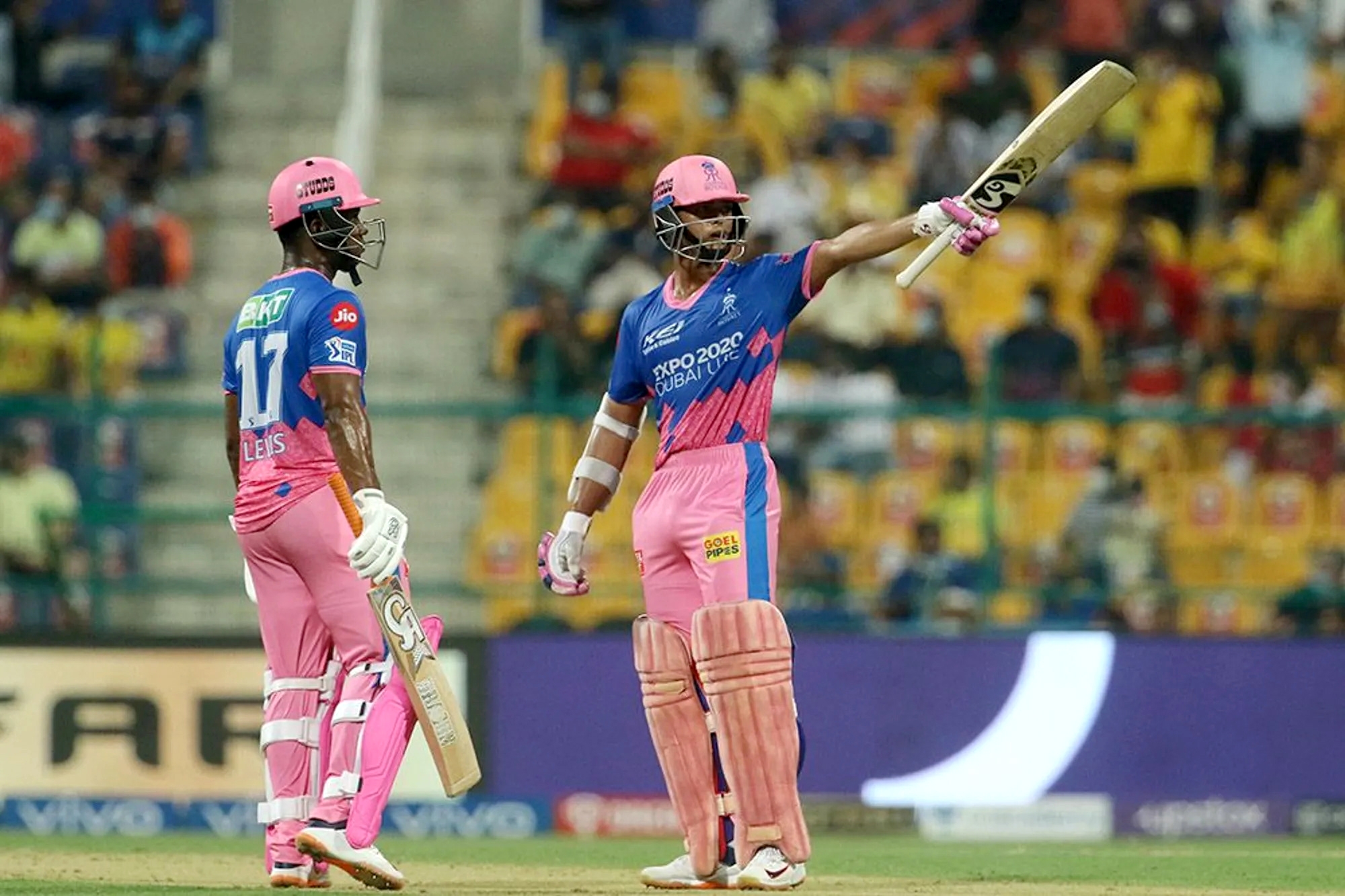 UAE, Oct 02 (ANI): Yashasvi Jaiswal of Rajasthan Royals celebrates his half century during the match 47 of Vivo Indian Premier League between the Rajasthan Royals and the Chennai Super Kings, at the Sheikh Zayed Stadium, in Abu Dhabi on Saturday. (ANI Photo) | ANI

Jasiwal smashed 50 off 21 balls which included some delectable sixes off star Australian pacer Josh Hazlewood while Dube sent the likes of Moeen Ali and Ravindra Jadeja into orbit en route his unbeaten 64 off 42 balls as Royals made a short work of a victory target of 190 in just 17.3 overs.

Royals now have 10 points with two matches to go. The fourth place is set to be clinched at 14 points and net run-rate is going to be crucial.

The defeat won't hurt CSK much as they sit pretty on 18 points, having already made it to last four stage.