Teams ranked fourth to seventh are battling for the fourth spot, while the top three are eying a top-two finish.
FPJ Web Desk 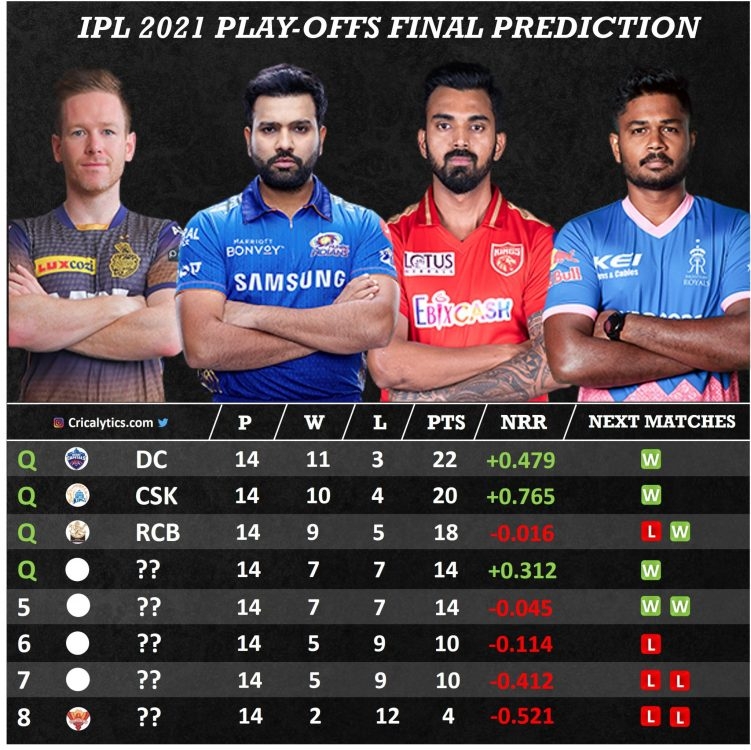 Mumbai: Three playoffs spots for the second phase of the UAE leg of the IPL have been sealed as Royal Challengers Bangalore (RCB) joined Chennai Super Kings (CSK) and Delhi Capitals (DC) in the next stage.

DC succeded CSK after their last encounter with a comfortable win over the top-tiered team of this season.

On Sunday, RCB joined CSK and DC to make the next stage after their win over KL Rahul-led Punjab Kings leaving their chances blocked. With seven games to go in the league stage of IPL 2021, two distinct battles are being fought for qualifications and positions.

Teams ranked fourth to seventh are battling for the fourth spot, while the top three are eying a top-two finish.

Punjab Kings, Mumbai Indians, and Rajasthan Royals are all sitting on 10 points. Meanwhile, KKR has jumped to 12 points with a game in hand and they will have the most chance of making it to the top four which will be decided in tomorrow's games against Rajasthan Royals.

Here's a look at their qualification scenarios:

Punjab Kings: KL Rahul-led Punjab Kings have only 1 match left, and their probability of going through to the Playoffs seems almost impossible. They have 10 points from 13 games, and a win will only take them to 12 points. However, the main issue for them is their negative NRR or – 0.241. Unfortunately, PBKS face CSK, and they would need a big win of more than 75 runs or chase the target of 175+ in 10 odd overs to better their NRR.

Kolkata Knight Riders: Eoin Morgan-led KKR has the best chance to move into the playoffs. On 12 points after beating SRH, their net run rate has increased their chances of edging the rest of the contenders. They face Rajasthan on Thursday and a win will likely ensure at least a fourth-place finish. Even if they lose, they still will have a chance given that MI and RR don't go beyond 12 points. For that to happen, they'll hope MI lose to SRH.

Rajasthan Royals: Sanju Samson's young brigade has done just about enough to keep itself alive in the race. With its remaining matches coming against MI and KKR, Rajasthan's fate still lies in its own hands. Two wins in two matches would mean MI and KKR will remain on a maximum of 12 points while RR jumps to 14. If they manage to win both, they will make it to the playoffs. In case they lose one out of the two matches, their fate will depend on the results of other teams

Mumbai Indians: The defending champions are currently the least favourite to reach the playoffs but they have surprised us in the past. They will have to win both their remaining matches by big margins to stand a chance of reaching the top four as they have the worst net run rate of -0.453 among all four teams in contention for the final spot. 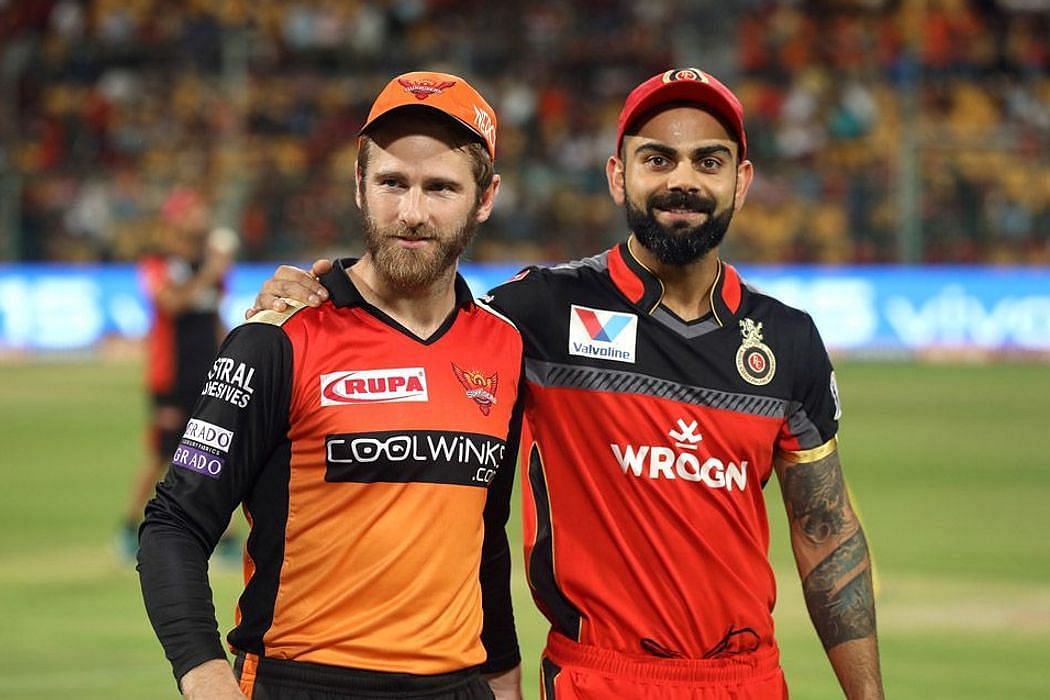 IPL 2021: When and where to watch today's RCB vs SRH encounter Live on TV and online
Advertisement