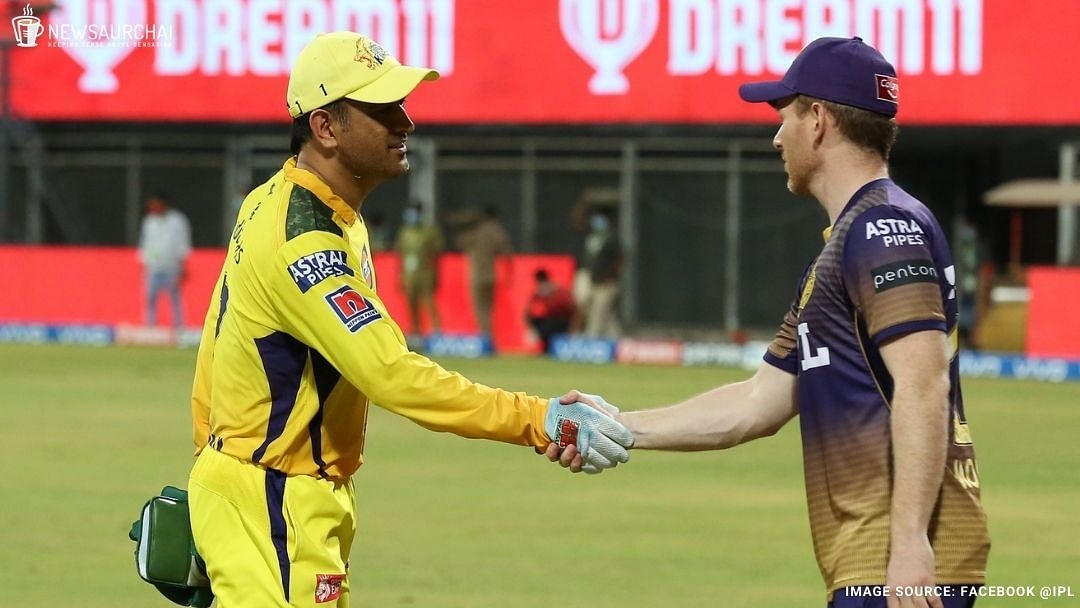 It will be a record ninth final appearance in 12 editions for Chennai, who have won three titles in 2010, 2011, and 2018 while KKR, who have won the trophy in 2012 and 2014 under the captaincy of Gautam Gambhir, will play their third final. It will also be a repeat of the 2012 IPL final, where both teams faced each other.

The summit clash on Friday will also be a battle between the two best white-ball captains MS Dhoni and Eoin Morgan, who might be short of runs but have been smart in their tactics on the field.

Openers Faf du Plessis and Ruturaj Gaikwad along with Moeen Ali, Ravindra Jadeja have done exceedingly well with the bat for CSK. But, how they deal with the 12 quality overs 'rom KKR's spin trio of Varun Chakravarthy, Shakib Al Hasan, and Sunil Narine, can decide the outcome of the final.

However, the final match will be played on a better pitch in Dubai in comparison to a slow and sluggish track of Sharjah. And the likes of Ambati Rayudu, Robin Uthappa and MS Dhoni in middle overs can heave a sigh of relief.

Deepak Chahar, Shardul Thakur, Dwayne Bravo, and Josh Hazlewood have been good with the ball for CSK. But they have also crumbled under pressure especially while defending the target. The experience of playing in Dubai in the last couple of games may help CSK bowlers to acclimatise well with angles of ground and pitch.

On the other hand, Eoin Morgan-led KKR have been on a fairy-tale ride since the UAE leg of the tournament began. A bulk of Kolkata's success in the UAE leg has been due to the fearless approach of their youngsters. Openers Shubman Gill and Venkatesh Iyer have given them fantastic starts and Rahul Tripathi and Nitish Rana have also chipped in with useful innings.

Shakib's all-round abilities have provided more balance to KKR in absence of Andre Russell, who sustained a hamstring injury. It will be interesting to see whether Russell becomes fit to play in the final or not. Their pacers Lockie Ferguson and Shivam Mavi have picked wickets at regular intervals while spinners Varun Chakravarthy and Sunil Narine have stifled opposition batsmen with disciplined bowling.

However, the big concern for the McCullum-coached side going into the final will be the form of Dinesh Karthik and Eoin Morgan, both of whom registered ducks in the Qualifier 2 against DC on Wednesday and continue to have a poor season with the bat.