The victory margin also needs to be huge for the two-time defending champions to stand any chance of making it to the play-offs.
FPJ Web Desk 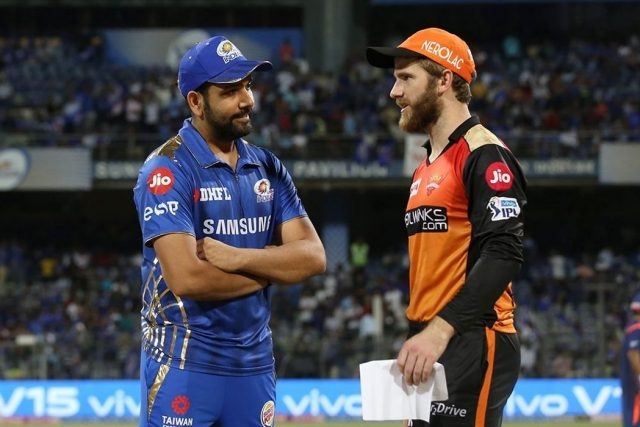 Mumbai: Rohit Sharma-led Mumbai Indians will take on Kane Williamson-led Sunrisers Hyderabad in match number in the second phase of the UAE leg of the IPL here at Sheikh Zayed Stadium in Abu Dhabi.

It is the last league of the matches of IPL 2021 before the qualifier rounds. Both teams' performance has not quite been up to par in this season, while MI could still have a slight chance of making it to the IPL, what SRH could only do is ruin their chances by winning today's match against the defending champions.

The victory margin also needs to be huge for the two-time defending champions to stand any chance of making it to the play-offs. In their last match, Kolkata Knight Riders’ massive win over Rajasthan Royals on October 7 has all but assured them a berth in the Playoff this season.

With six wins from 13 matches, the fourth play-off spot still isn't sealed yet and the Rohit Sharma-led side will aim to make it their own with a win against Kane Williamson's bottom-placed team.

As the future of MI rest on today's match, here is a list of five players in MI vs SRH to watch out for:

Umran Malik: The young pacer from Jammu and Kashmir made his IPL debut for SRH replacing T Natarajan and impressed the selectors in his first match. In the match against RCB, Umran picked his maiden wicket as he dismissed Srikar Bharat. In the last two matches, though Umran has scalped only one wicket, his economy rate is less than 6 and the pace attack is just astounding. MI batters should be keeping an eye on this pacer.

Ishan Kishan: The left-handed wicketkeeper-batsman for MI has smacked 157 runs in this season so far but he made a comeback after smashing a quick-fire fifty in the previous game against Rajasthan Royals. Kishan should bat alongside Rohit Sharma at the top of the order and score some quick runs in the powerplay overs. The talented youngster remains a vital part of MI's matches to come.

Jasprit Bumrah: In 13 matches, the Indian right-arm pacer has picked up 19 wickets at an impressive economy rate of 7.27. In the previous game against the Royals, the speedster picked up two wickets. Bumrah is a big-game player and Rohit will expect some huge performances from his leading pacer in the finishing stages of IPL 2021.

Jason Roy: The right-handed English batsman opens the innings for SRH and is a destructive batsman. He has marked 114 runs in the last four matches that he played in this season so far. He will be hoping to continue his excellent form. His 44 runs marked an easy win over Virat Kohli-led RCB in the previous game.

Nathan Coulter-Nile: A late addition to the MI squad, the Australian fast bowler has one of the best economy rates here in UAE with 5.43 and has picked up 5 wickets in the last four games. The pacer proved to be the destroyer-in-chief against RR with his four-wicket haul. His change of pace was something SRH batting should be worried about.

The match will commence at 7:30 PM here at Sheik Zayed Stadium in Abu Dhabi. IPL 2021: When and where to watch today's MI vs SRH encounter Live on TV and online