KKR has to be more vigilant and focused on winning the game as this could be a 'get-in or get-out' decider for the Eoin Morgan side.
Prateek Chakradhar 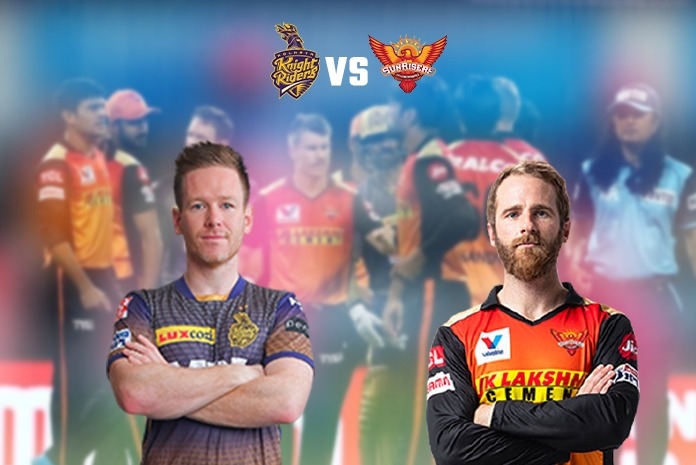 Mumbai: Eoin Morgan-led Kolkata Knight Riders will be taking on Kane Williamson-led Sunrisers Hyderabad in match number 49 of the second phase of the UAE leg of IPL here at Dubai International Stadium. After their six-wicket loss to CSK, the Kane Williamson side was knocked out of the tournament. The KKR on the other hand, have a realistic chance of qualifying for the next round.

SRH is out of the tournament but is capable of ruining the chance for other teams' making it to the top four and qualify for the playoffs, in this case, Kolkata Knight Riders. KKR has to be more vigilant and focused on winning the game as this could be a 'get-in or get-out' decider for the Eoin Morgan side.

Player's to watch out for in today's match:

Jason Roy: After replacing vice-captain David Warner mid-series, the right-handed English batsmen is fitting great in the team. He scored 60 off 42 balls against Rajasthan Royals. He is a powerful hitter and has performed well in the T20 tournaments all over the world with an average strike of 140. He is the one KKR will try to take down early.

Wriddhiman Shah: Another opener for the SRH and still underrated, Shah is a committed wicket-keeper batsman. Saha has shown glimpses of what he is capable of doing by scoring some quick runs in recent games. His 44 against the superior CSK was not enough to win the game for SRH but it will surely boost Shah's confidence for the upcoming games.

Nitish Rana: His name has come up a lot of times whenever there is a discussion on talented young Indian cricketers who are the future of the Indian cricket team. The left-handed KKR batsman has a decent record against the Orange Army. He has racked up 315 runs in 10 matches against them at a strike rate of 136.36.

Venkatesh Iyer: Making his IPL debut in this season of the IPL for KKR. The Indore-based all-rounder has already earned a reputation of a bonafide match-winner as the young gun after he scored a blistering half-century, 67 off 49 in the last game against Punjab Kings.

Dinesh Karthik: The right-handed experienced wicket-keeper batsman has captained KKR in previous tournaments and has led them to finals in 2018. Although he has not proven to be a master-striker for KKR in this season of the IPL, he still can give strength to Kolkata's middle order and win the game for them. Today's game could mark a milestone for the former KKR skipper as he is four runs short of completing 4,000 runs. The match will commence at 7:30 PM at the Dubai International Stadium.