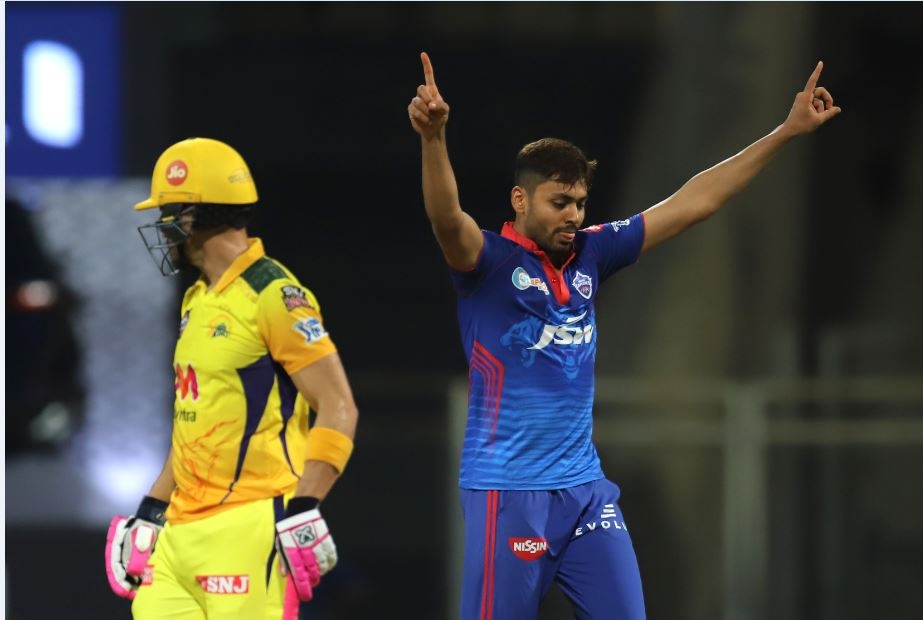 Avesh Khan and Rishabh Pant disagreed on the field setting for MS Dhoni in Delhi Capitals’ first match against Chennai Super Kings this IPL, before Khan went with the captain’s suggestion and reaped the reward.

“When Mahi bhai walked in, Rishabh told me to bring in the mid-on and mid-off. He said if he hits you over them, that is fine, but don't pitch fuller, bowl your length,” Khan revealed in a chat to ESPNcricinfo.

“At first I disagreed with him and asked him not to bring in five fielders and leave only four inside [the 30-yard circle], but he insisted. So I did that and the second ball, he [Dhoni] attempted to hit over when he saw both fielders [mid-on and mid-off] inside the circle.”

“He had not played for a while, and Rishabh took advantage of that and we got the wicket.”

Khan has picked 23 wickets in IPL 2021, the second-most, and got Dhoni’s wicket in the return fixture as well.

ALSO READ: All eyes on Rishabh Pant ahead of Qualifier 2

“Pant asked me to pitch on a hard length and let him [Dhoni] hit from there because it is tough to do that. And that is what I did and he edged,” said the 24-year-old fast bowler.

Khan has been Capitals’ go-to bowler at the death this season. He has picked up nine wickets and has bowled the final over seven times so far. What discussions does he have with his captain Pant?

“If I want to bowl a yorker at the stumps, he might refuse and say, "Bowl wide yorkers." I don't argue with him. I want to become a flexible bowler who can talk with the captain and listen to him,” said Khan.

“We have played together since our Under-19 days. We sit together - Rishabh, Axar [Patel] and me - and discuss matches late into the night. From behind the wicket he makes a signal and I understand what he wants and then I focus on executing the ball. Our conversations are very clear.”