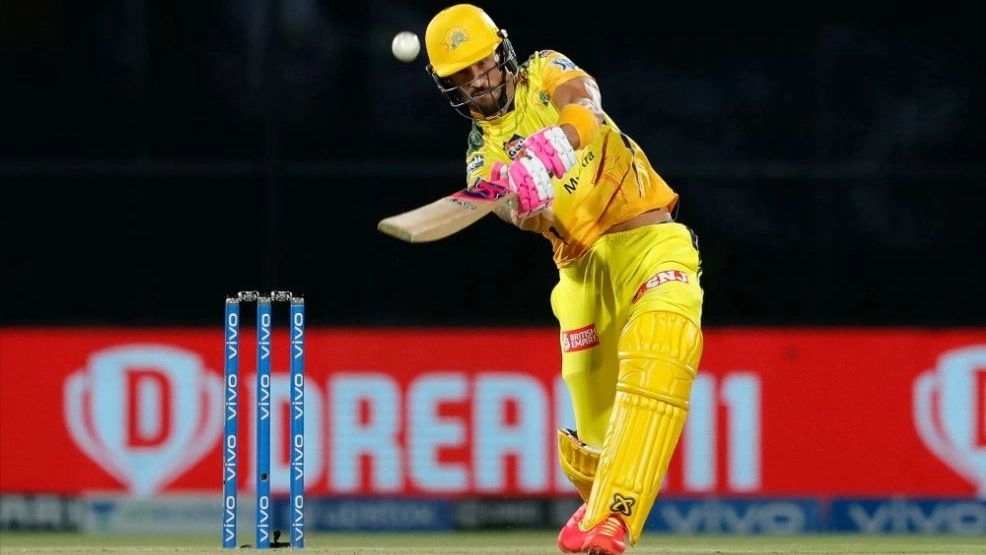 MS Dhoni added yet another feather to his already impressive captain’s hat as Chennai Super Kings won their fourth IPL title, thanks to a superb 86 by Faf du Plessis and a combined bowling effort led by Shardul Thakur’s three-fer. It was some turnaround for the men in yellow, who had failed to qualify for the play-offs last season.

Du Plessis showed yet another glimpse of what South Africa would miss in the ensuing T20 World Cup as he played a high class knock to help post 192/3 after which Kolkata Knight Riders were kept to 165/9.

Sent into bat, CSK got off to a steady start as openers Ruturaj Gaikwad and Faf du Plessis put on 50 runs inside the first six overs. During this course, Gaikwad went on to leapfrog KL Rahul to become the leading run-scorer in this year's IPL. The much-needed breakthrough to KKR was provided by Sunil Narine as he dismissed Gaikwad (32) in the ninth over, ending the 61-run opening stand.

Moeen Ali next came out to bat and he also played the very same way and KKR bowlers were left searching for answers. In the final three overs, CSK managed to add 39 more runs, taking the score past the 190-run mark. For Dhoni's side, Ali remained unbeaten 37.

KKR’s reply was a very strong one, thanks to Venkatesh Iyer, who had an early slice of luck. Dhoni dropped him before he could get going and Iyer made sure he capitalised. A six of the very next ball off Josh Hazlewood was followed by a couple of fours off Deepak Chahar of the next over. Iyer’s confidence rubbed off on Gill, too, as KKR flew to 55 for none at the end of the powerplay.

The early introduction of Dwayne Bravo helped CSK keep things in check before Ravindra Jadeja almost gets rid of Gill. However, the skier by Gill had hit the wires of the spider camera, which made that a dead ball despite a good catch from Ambati Rayudu. The KKR batter then carted Jadeja for 16 in that over as KKR were none for 88 at the half way mark.

After that, the two-time champions KKR lost their way as Shardul Thakur first dismissed Iyer (50 off 32) before sending Nitish Rana back for a duck two balls later. Chahar then trapped Gill in front for 51 as an attempted scoop went awry. In his final over, Jadeja dismissed Dinesh Karthik (nine) and Shakib Al Hasan (zero) to leave KKR needing 73 off the final five overs.

But with an unfit Rahul Tripathi – he injured his hamstring while fielding – and an out-of-form Eoin Morgan in the middle, it was always a bridge too far. Eventually, KKR went down by 27 runs, losing the IPL for the first time.