The Royals finish their first innings on a formidable 185 with Yashasvi Jaiswal emerging as the highest run scorer of the night with his 49 off 36.
FPJ Web Desk 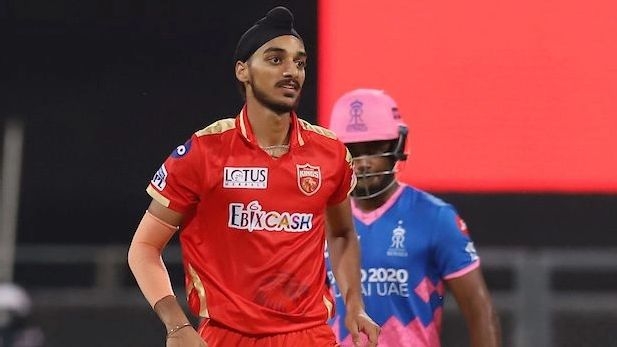 In a promising start to their second leg in the Indian Premiere League, Rajasthan Royals have set Punjab Kings a target of 186 runs, thanks to the brilliant efforts by youngsters - Yashasvi Jaiswal and Mahipal Lomror. The Royals finished their first innings on a formidable 185 with Yashasvi Jaiswal emerging as the highest run scorer of the night with his 49 off 36.

Sent to bat first by KL Rahul's PBKS, the Royals were off to a flying start as their openers Lewis and Jaiswal launched the PBKS bowlers all over the field to put up a strong opening stand of 54 runs before the former fell to Arshdeep Singh in the sixth over. While skipper Sanju Samson perished cheaply to Ishan Porel, Mahipal Lomror, played a stunning knock of 43 off 17 which was laced with 4 sixes and 2 fours.

The lower order however failed to contribute much as the PBKS bowlers Arshdeep Singh and Mohammed Shami did a brilliant job to restrict the Royals' tail from inflicting further damages.

For the PBKS, Singh was the star of the night with his stunning 5 wicket haul as he finished his day with the figures of 5/32 from his 4 over spells. Shami too put all his experience into play and picked 3 wickets while conceding only 21 runs.