`Injured` Milne out of Kiwis’ ODI series decider against Zimbabwe 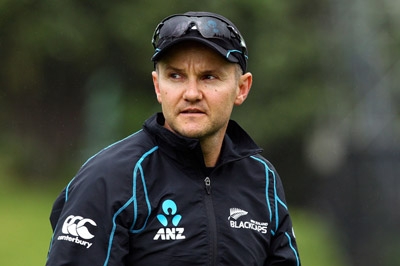 Wellington: New Zealand coach Mike Hesson has made it clear that fast bowler Adam Milne would not be a part of the deciding one-day international against Zimbabwe due to a heel injury. Hesson said that they are not going to risk the 23-year-old, who is suffering from a slight niggle on his first tour, hoping that he would be fit for the T20 in Harare and for tour in South Africa, stuff.co.nz reported. Milne, who was ruled out of the out of the World Cup at the semi-final stage in March with a heel injury, was later declared fit to tour Zimbabwe and South Africa. But problems returned to rule him out of the first two ODIs in Harare. The deciding match between the two teams is scheduled to be held on August 7.