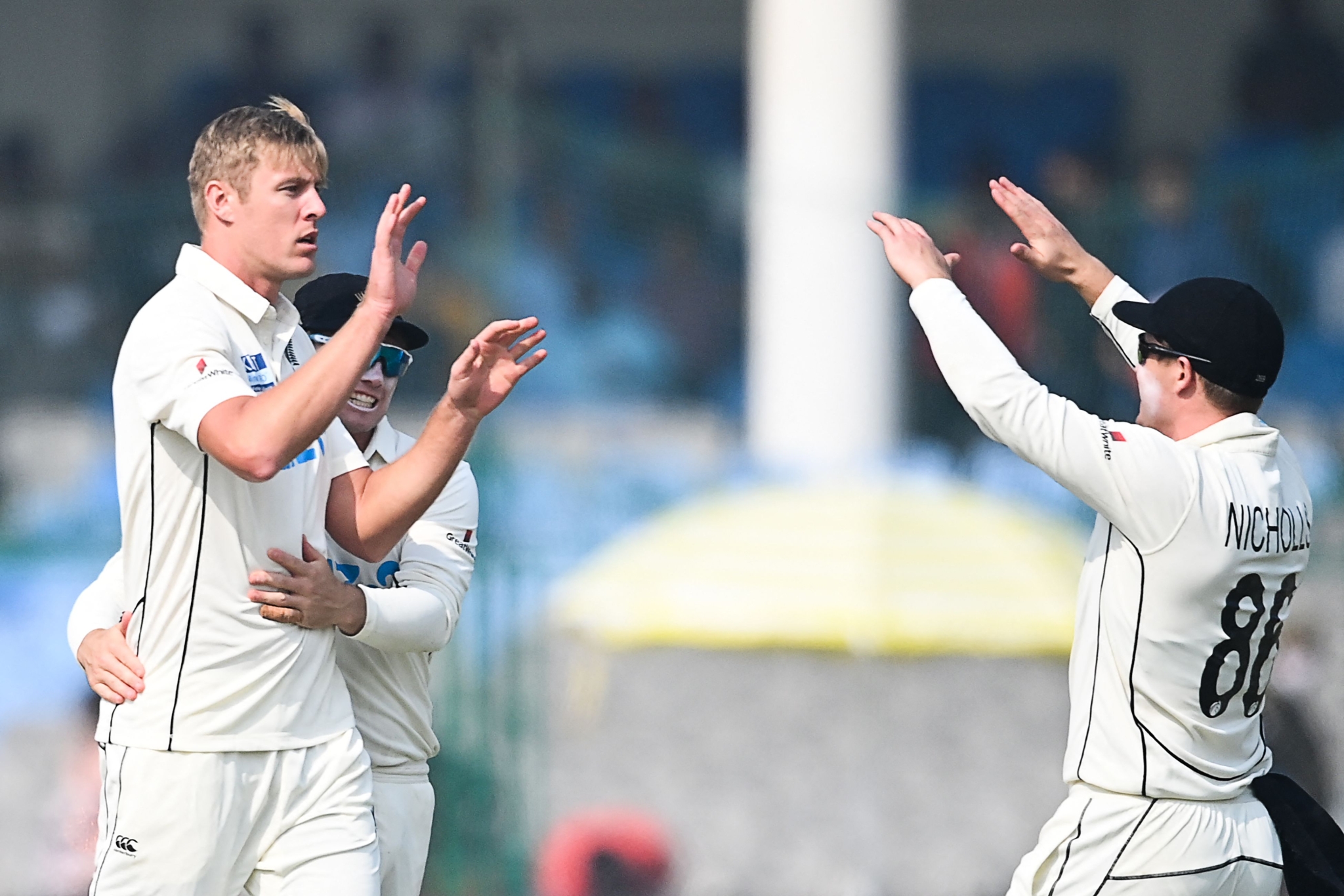 New Zealand made slow yet steady progress in the second session of the first Test as India lost the crucial wickets of Ajinkya Rahane, Cheteshwar Pujara and Shubman Gill at the Green Park Stadium on Thursday.

Resuming the second session on 82/1, India was given a body blow as Kyle Jamieson got through the defence of Shubman Gill (52) and the hosts lost their second wicket. Stand-in skipper Ajinkya Rahane then joined Pujara in the middle and the duo added 24 runs for the third wicket.

However, the partnership was cut short by Tim Southee as he had Pujara (26) knicked off, reducing the hosts to 106/3. Rahane and Iyer were going good guns, but the introduction of Jamieson paid off as he cleaned up Rahane (35), reducing India to 145/4 in the 50th over.

In the end, Iyer and Jadeja ensured that the hosts did not lose more wickets before the tea interval. It was a good comeback from the Kiwis after failing to make much of an impact in the first session.