India vs Bangladesh: Bangladesh players focus on playing spinners ahead of Indore Test

Batting coach Neil Mckenzie was seen advising players on how to go forward to get to the length of the ball.
ANI 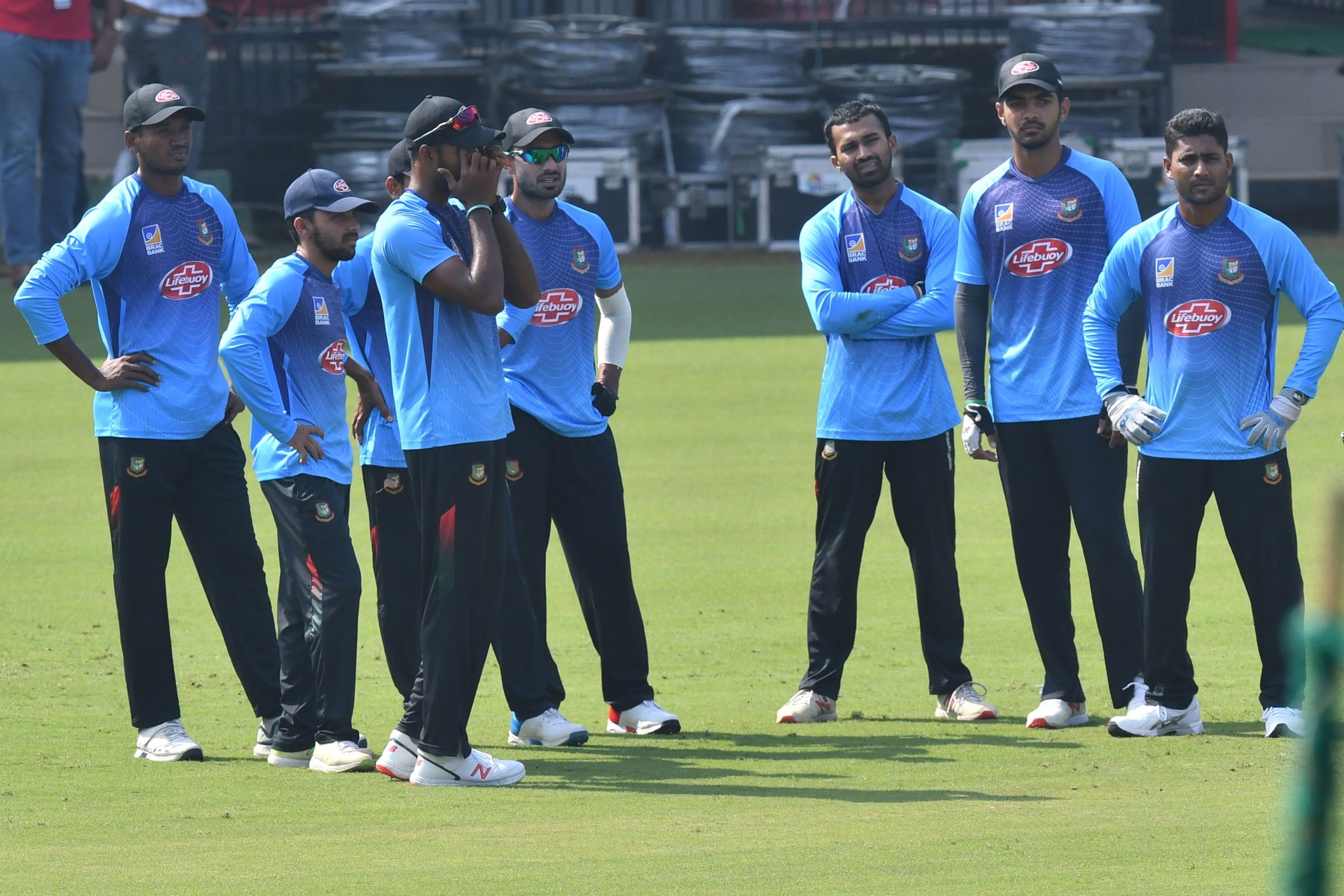 Bangladesh cricketers stand together during a training session at Holkar Cricket Stadium in Indore on Tuesday, ahead of the first Test match between India and Bangladesh | AFP

Ahead of the first Test against India, Bangladesh players were seen toiling at Holkar Stadium in Indore on Tuesday to prepare for the match against the hosts.

Both the Asian cricketing giants are slated to play a two-match Test series which would be a part of the World Test Championship (WTC).

In the session, batting coach Neil Mckenzie was seen advising players on how to go forward to get to the length of the ball.

Bangladesh players also took part in light bowling and fielding exercise but the main focus looked to be on how to tackle the Indian spinners.

Indian pacers Umesh Yadav, Ishant Sharma, Mohammed Shami have troubled the opponents in the past with their quick and short bouncers, and as a result, few Bangladesh batters were seen practicing the pull shot.

India is currently placed at the top of the World Test Championship standings with 240 points from five matches. India and Bangladesh will also play their first-ever day-night Test at Eden Gardens from November 22-26.

In the recently concluded three-match T20I series between India and Bangladesh, the hosts managed to come out triumphant, 2-1.

Bangladesh had won the first match of the series at Delhi, but India managed to bounce back to register victories at Rajkot and Nagpur.

Chahar created the record for scripting best bowling figures in a T20I match. He finished with the figures of 6-7 and en route, he also became the first Indian male cricketer to take a hat-trick in the shortest format of the game.

India and Bangladesh will take on each other in the first Test at Indore slated to begin from November 14.