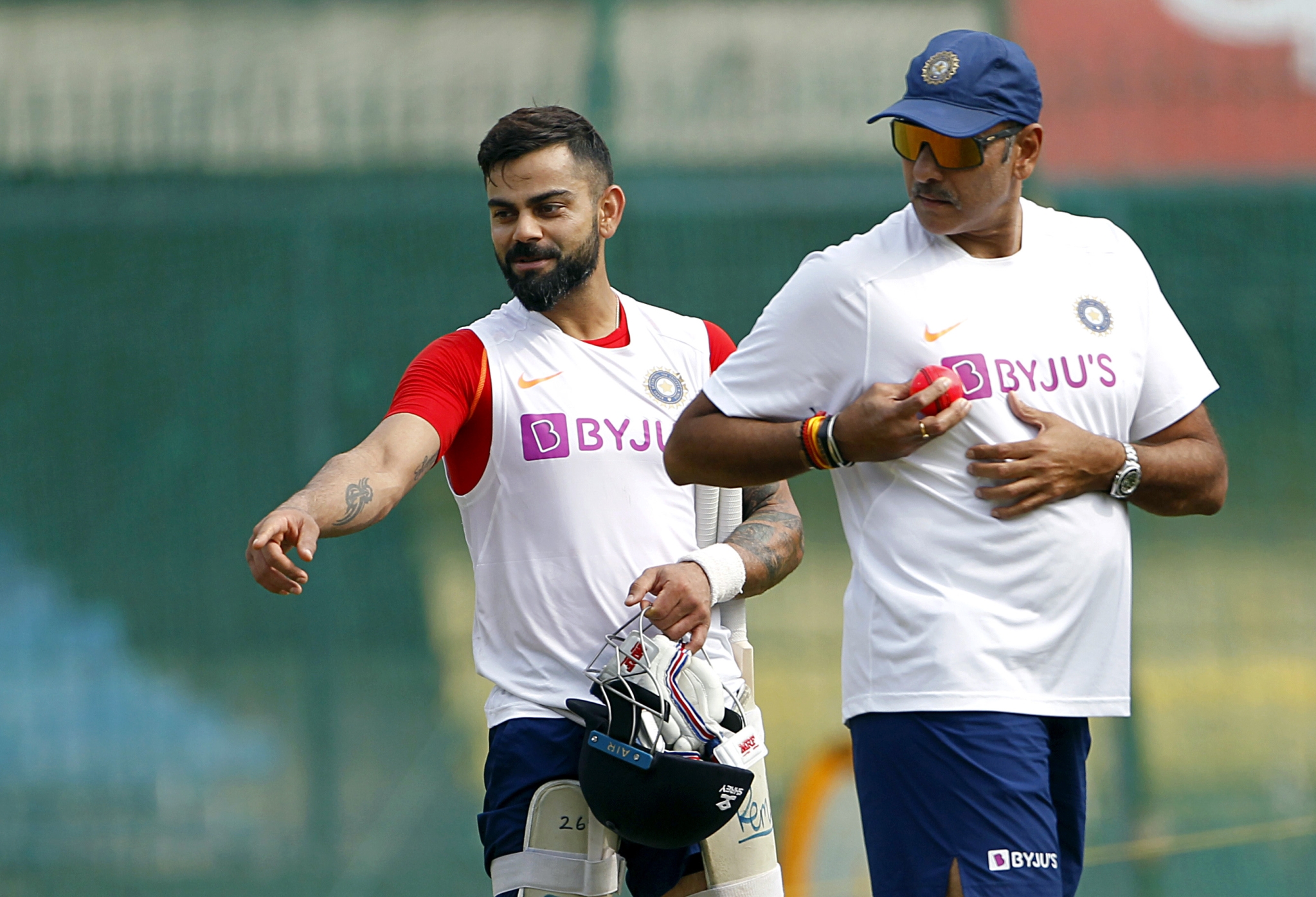 Indian skipper Virat Kohli and Head Coach Ravi Shastri (L) during a practice session on the eve of the first test match between India and Bangladesh at Holkar Cricket Stadium in Indore on Wednesday. | ANI Photo

Indore: The action begins with the red cherry but the focus is firmly on the pink ball as a formidable India looks to overpower a depleted-but-gritty Bangladesh in the first Test of a two-match series starting here on Thursday.

The rubber opens here but the buzz and the talk has been consistently centered on the second game in Kolkata, which will be played under lights -- a historic first for both the teams. This is also that one series in the World Test Championship calendar, in which Virat Kohli's men, currently in the "pink of form", can steamroll the rag-tag opposition well inside four days. In fact, on paper, it is difficult to imagine how Bangladesh, without Tamim Iqbal and the suspended Shakib Al Hasan, will even be able to compete in a format, which has been their weakest till date.

Having crushed South Africa in their last series, this Indian team, with inarguably their greatest-ever pace unit till date, will definitely be too hot to handle for a side whose best batsman — skipper Mominul Haque — has less than 10 Test hundreds (eight). Although Mushfiqur Rahim and Mahmudullah Riyad are committed cricketers but in the longest format, they aren't exactly formidable names. Compare that to India's premier willow wielders -- Kohli (26 hundreds), Ajinkya Rahane (11), Cheteshwar Pujara (18). They have 50 plus ton collectively and it will be one hell of a task for the Mustafizur Rahamans, Taijul Islams and Mehidy Hasan Mirajs to stop this line-up.

And before these three even come into play, Bangladesh will have to deal with openers Mayank Agarwal and the indomitable Rohit Sharma, who can make mincemeat of their bowling attack.

Add to it, India's bowling unit with 800-plus scalps, this is one contest where the 'David' looks incapable of slaying the proverbial 'Goliath'. Not to forget that Bangladesh, in their last Test match under the mercurial Shakib's leadership, lost to Afghanistan in a one-off game. Shakib was ousted from this series owing to a two-year suspension for failing report corrupt approaches to the ICC. 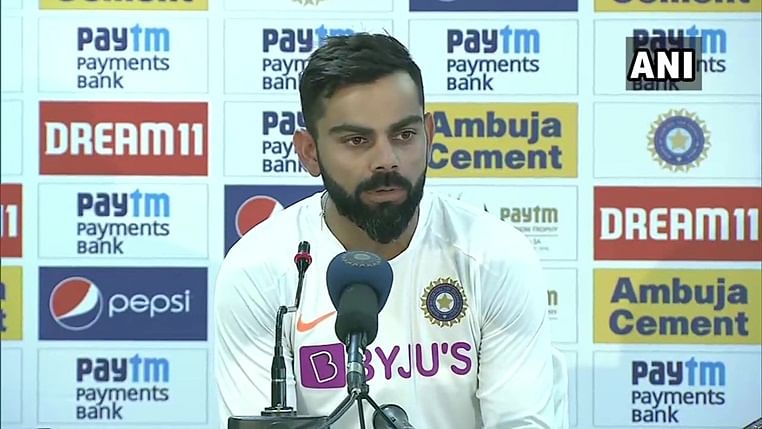 Captain Kohli heaps praise on Indian pacers, calls them 'best in the world'