Despite having the touch of Pink ball with one match experience, it looks like team India won't further play much with the pink balls and prefer the tradional red balls in the coming days.
FPJ Web Desk 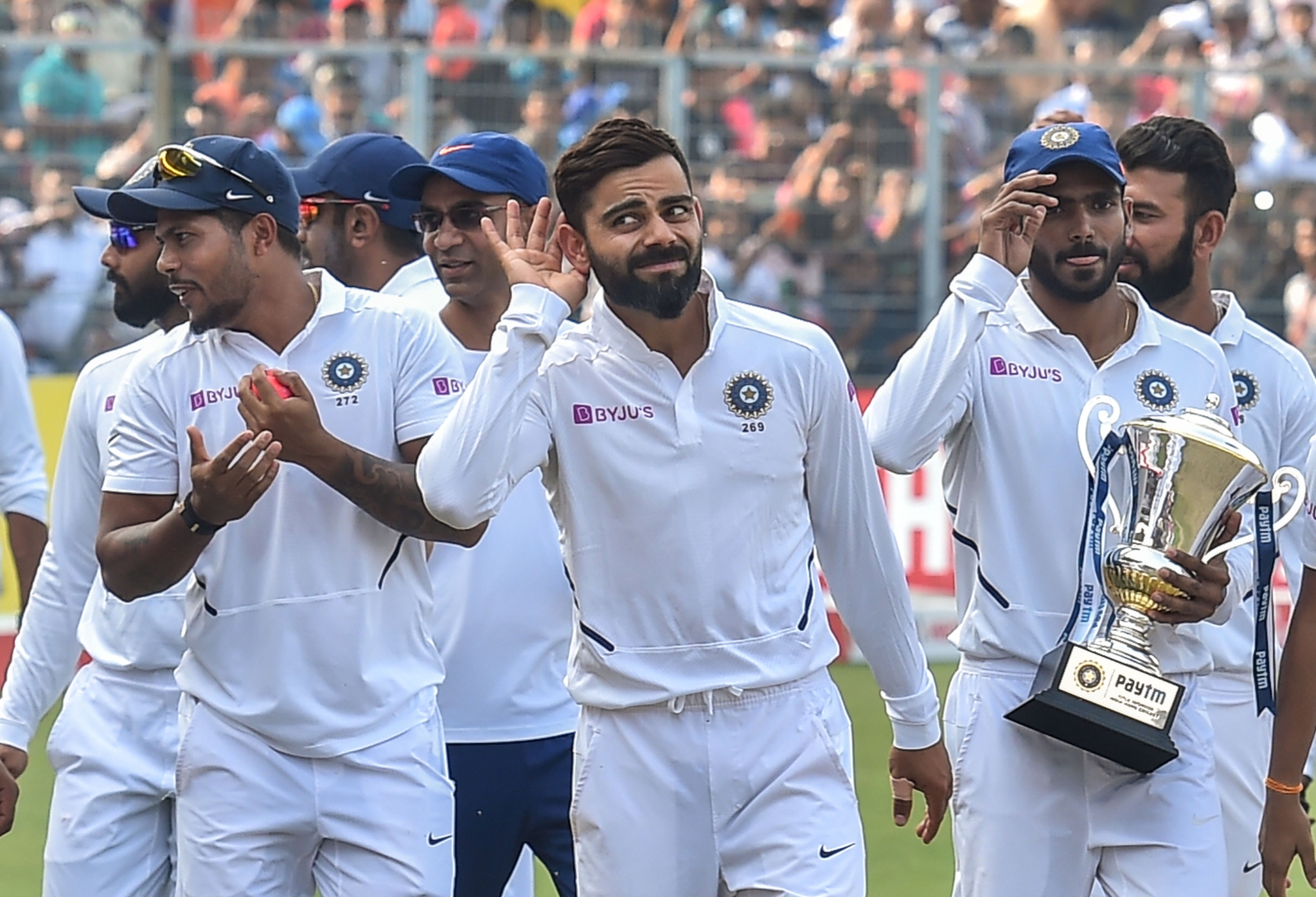 India has shone with the red ball over the years and has dominated Tests for last three years holding the number one ranking since 2016. India also accepted the challenge of playing the pink ball in the floodlights as a matter of course they thrashed Bangladesh by an innings and 46 runs to win their first day-night Test at home.

Despite having the touch of Pink ball with one match experience, it looks like team India won't further play much with the pink balls and prefer the tradional red balls in the coming days.

"We felt sighting the ball was an issue. Apart from visibility, the ball was also too hard. Look at how Bangladesh batsman got hit; it was a challenge to sight the ball even during fielding. Any bowler who can bowl 140 kph plus will be tough to handle. Look at what Indian pacers did. The ball travelled faster than the regular red ball and under lights, the sighting was an issue to be honest,” a team member was quoted by Indian Express.

Even Bangladesh players had faced similar challenges with the hardness of the ball as few of their team players spoke about it during the Indore Test.

Even Indian skipper Virat Kohli was very clear that Pink ball test cannot be your regular fixtures. He also compared the pink ball's hardness with the hockey ball.

"Yes, its too hard. Like a hockey ball, if you know what I mean. Something is not right with the way it feels in your hand, It would be silly if we go ahead with pink ball Tests in future,” said Kohli ahead of the Kolkata Test match.

India will be flying to Australia next year for another Border-Gavaskar Cup and it has already been speculated that since the World no 1 team have stepped up in the Day-Night Test format they are likely to play Australia who started this trend.

After Australia defeated Pakistan in the first Test at Gabba, Australian skipper Tim Paine was questioned whether his team was ready to play India for a day-night Test next year.

“We’ll certainly try and we’ll have to run that by Virat (Kohli). We’ll get an answer from him at some stage I’m sure. That’s where we like to start our summer and it has been for a long long time except for last summer. We’ll ask Virat and see if we can get his permission to play here and maybe even get a Pink-ball Test if he’s in a good mood," said Paine in press confernce.

After knowing the mindset of the players it looks like India won't be playing Pink ball Tests in future and is very hard to say about it.