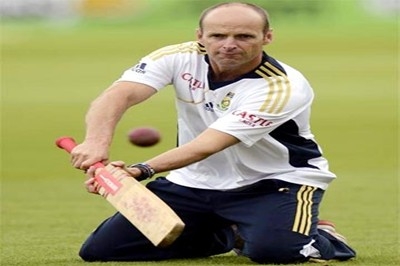 New Delhi: Former India coach Gary Kirsten exuded confidence in the defending champions, asserting that they have what it takes to retain the cricket World Cup crown.  “They can retain the title. Absolutely! Everyone seems to write off India but that is a very dangerous thing to do because they know how to play knockout games. They did incredibly well in 2011 and they have a good reference point there,” Kirsten, who guided India to their second World Cup crown at home four years ago, told IANS in an interview.

“They have got a serious batting line-up. (Virat) Kohli, (Suresh) Raina, (Mahendra Singh) Dhoni are World Cup winners and know what to do in these situations. Then you have some real young talent around. Don’t discount them, they know what they are doing.”  But how will India hold on to the prized title with an inexperienced and depleted bowling attack? Pace spearhead Ishant Sharma is out of the tournament with an injury and there is a big question mark over the fitness of swing-bowler Bhuvneshwar Kumar.

Also, considering the inexperience of medium pacers Mohit Sharma and Stuart Binny, there will be pressure on spinners Ravichandran Ashwin and Ravindra Jadeja to perform. But how much the conditions in Australia and New Zealand will suit the tweakers is another question.  “Every team has areas which will be exploited by the opposition. You have to manage that. In the 2011 World Cup there were games where India didn’t bat well or bowl well. But we were able to win games by doing something right,” said the South African, who played 101 Tests and 185 One-Day Internationals (ODI) in an international career ranging from 1993 to 2004.

“It is how well they limit the damage. Just stick to what you can do and don’t try and be something that you are not. This team has had good success. They won the 2013 Champions Trophy. They built a new squad together with a lot of young players doing really well.”  Questioned about his favourites for the ongoing 11th edition of the mega event, the former left-handed batsman said Australia, South Africa, India and New Zealand have a good chance of lifting the trophy.

“World Cups are always open-ended but this time Australia, South Africa, New Zealand and India are kind of the top-four. Also, you can never discount Pakistan. It is difficult to predict in World Cups,” said the 47-year-old, who holds the record for the highest individual score in a World Cup game when he scored an unbeaten 188 against the United Arab Emirates in 1996.  “Australia, India and South Africa have been in top-three for the last couple of years while New Zealand have come really good before this World Cup. They will play most of the games at home which will be a big factor. All these teams are in form.”