India A face strong challenge against Australia A 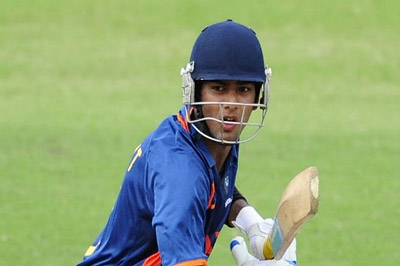 Chennai: After being thoroughly outplayed in the four-day matches, India A would now look to getting back into their stride as they face Australia A in a List A tri-series cricket match, also involving South Africa A, at the M.A. Chidambaram Stadium here on Friday. This will be the hosts’ first match in the series, while Australia have already won their tournament opener against South Africa A thrashing them by 9 wickets here on Wednesday.

Led by their bowlers, who included the likes of pacer Nathan Coulter-Nile and Ashton Agar, Australia skittled South Africa for 171 in 48.4 overs in the last game. They chased down the target with only a wicket down as captain Usman Khawaja and Joe Burns clobbered the South African bowlers all over the ground. It will be test of character for the Rahul Dravid-coached India A side. However, the talented young players in the squad are willing to prove their credentials and pose a stiff challenge to the Australians.

With captain Unmukt Chand, Manish Pandey and Sanju Samson in the batting line-up, India A are expected to bat aggressively upfront. The calming influence of middle-order batsman Kedar Jadhav is a big plus for the side. They all will try to score big and impress in their aim of getting selected for the senior team. Focus will also be on pacers Rishi Dhawan and Sandeep Sharma, who will lead the attack. They will be backed up by spinning trio of Axar Patel, Parvez Rasool and leg-break bowler Karn Sharma. They would, however, have to be disciplined and bowl a good line and length against a strong batting line-up of the opposition, led by Khawaja.

The Australians also possess a very inexperienced bowling line-up with the likes of James Pattinson and Nathan Coulter-Nile posing a big threat because of their pace and variety. After this match, India A play against South Africa A on August 9 and August 12. They will face Australia A again on August 11 with the final scheduled for the 14th.