IND vs SL: COVID-19 positive Krunal Pandya out of T20I series, all 8 close contacts test negative but won't be able to take field 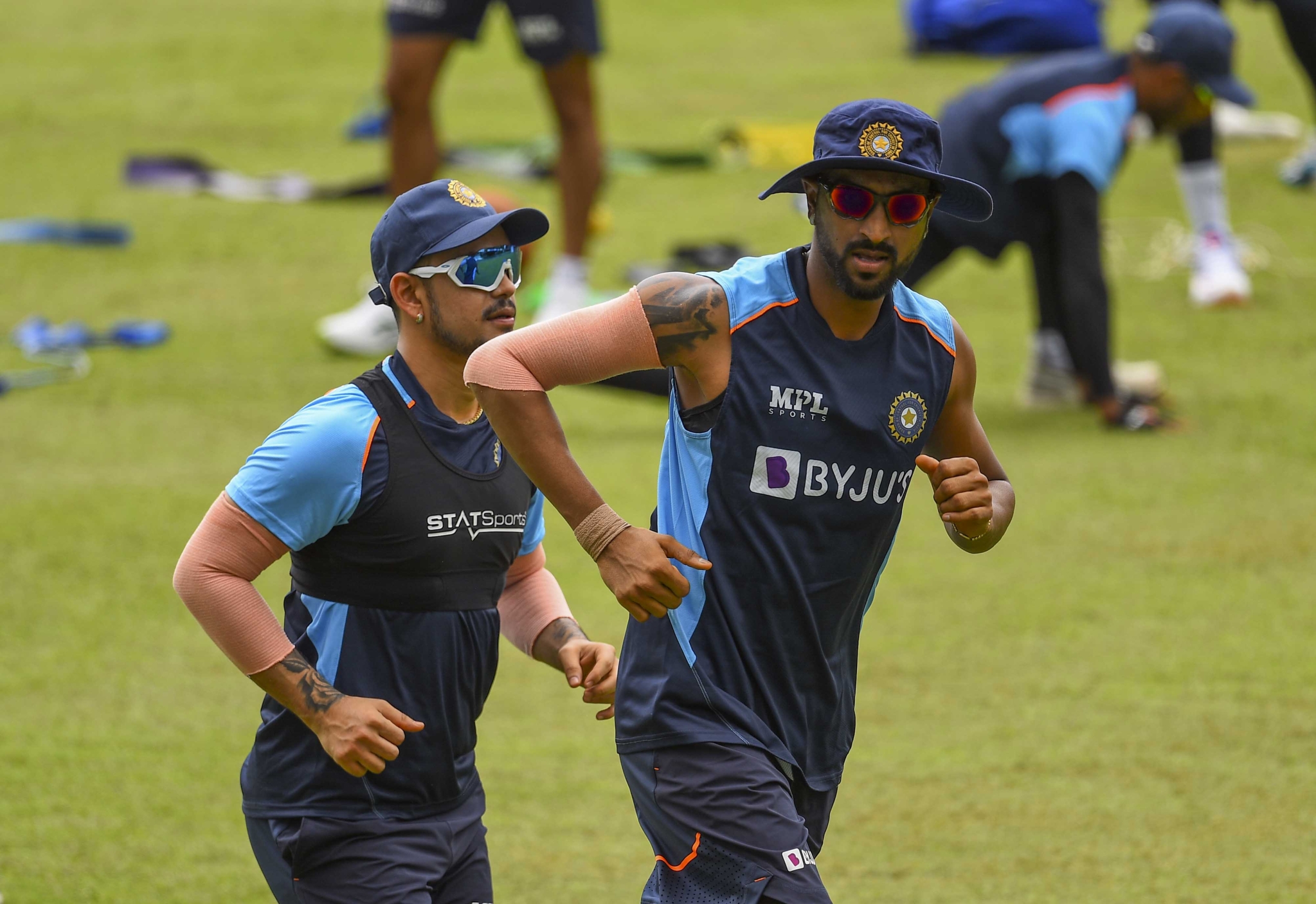 New Delhi: The second T20 International between India and Sri Lanka in Colombo on Tuesday was postponed by a day after the visiting all-rounder Krunal Pandya tested positive for COVID-19, forcing him out of the series with seven days of isolation.

However, all his eight close contacts, who were isolated, have tested "negative" in the RT-PCR tests but as a precautionary measure won't be able to take field on Wednesday.

Since the close contacts are mostly players, India might have to field a depleted side.

As per Sri Lanka's health safety protocols, Krunal will not be able to travel back to India with other members of the contingent on July 30 as he will now have to undergo mandatory isolation and obtain a negative RT-PCR report.

The third and final T20 is scheduled to be held on Thursday.

"Krunal is symptomatic with cough and throat pain. He is obviously out of the series and will not be able able to return with rest of the squad," a BCCI source tracking the developments in Colombo told PTI on conditions of anonymity.

"However the good news is that all his eight close contacts who were identified by the BCCI medical officer (Dr Abhijit Salvi) have tested negative. But as a precautionary measure can't take the field." For now, the three-match series is on as even if there are a couple of more cases, the Indian team has enough players with negative RT-PCR reports to field a team.

Krunal, who tested positive on Tuesday morning, has already been quarantined. "The second T20I between Sri Lanka and India originally scheduled to be played on July 27 has been pushed forward by a day and will now take place on Wednesday, July 28," BCCI secretary Jay Shah said in a media statement.

"Following the Rapid Antigen Tests conducted ahead of the match on Tuesday morning, Krunal Pandya was found to be positive. The Medical Teams have identified eight members as close contacts," the release had earlier stated.

However, it has been learnt from BCCI sources that all the members of the Indian contingent were put in room isolation till they received their negative RT-PCR report.

The entire contingent has undergone RT-PCR tests on the day to ascertain any further outbreak in the squad.

"If everyone is in the clear, we can have the match on Wednesday. Maximum among the eight close contacts who are also in mandatory isolation are players," a BCCI source added.

"We are all in room isolation till the test reports come," a member of the Indian contingent in Colombo said.

India are travelling with a 20-member squad plus four stand bye net bowlers.

The match was to be played at the R Premadasa Stadium.

Now, there will be back-to-back matches on Wednesday and Thursday provided there aren't any more players testing positive to affect the balance of the sides which will lead to cancellation.

India won the first T20 international by 38 runs and it is quite baffling as to how Krunal, who has been a part of the strict bio-bubble for the past one month, contracted the virus.

While the series is being played closed doors, the bio-security bubble breach at the Taj Samudra hotel in Colombo, where the Indian team is staying, could be a reason.

One of the logistics staff (bus driver, groundsmen) or catering staff at the ground could also be a carrier.

The development is also likely to affect the travel plans of Prithvi Shaw and Suryakumar Yadav, who were due to join the Indian team in England after this series for an upcoming Test assignment against England next month.

The duo were supposed to link up with the red ball squad in UK after the completion of the T20 series and it is still not clear whether these two are among the eight, who were in close contact of Krunal.