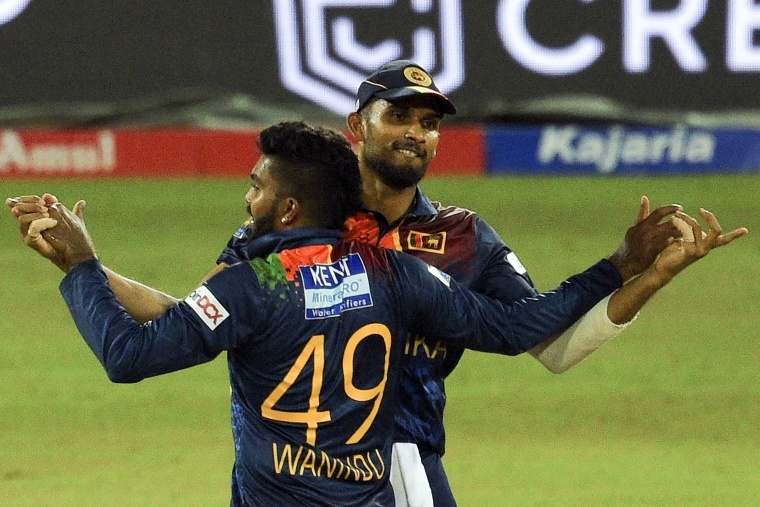 Colombo: Spinner Wanindu Hasaranga and Sri Lanka bowlers tore apart the Indian batting as visitors scored a paltry 81 in the third and final T20I on Thursday. India's lowest total in T20Is is 74 which came against Australia in 2008. After being eight down for 63, Chetan Sakariya and Kuldeep ensured the visitors get over the lowest score mark.

Hasaranga celebrated his 24th birthday in style as he picked four wickets in the third and final T20I. India scored 81/8 following a dramatic batting collapse.

Opting to bat first, India got off to bad start as the visitors lost skipper Shikhar Dhawan in the first over. A mix-up in the middle resulted in Devdutt Padikkal getting run out in the fifth over.

Sanju Samson's wicket in the same over only dented India's chances of having a decent total. Ruturaj Gaikwad (14), who was playing well, too departed in the fifth over.

India lost three wickets in the fifth over and Nitish Rana's dismissal in the ninth over left the visitors reeling at 36/5 with no recognised batsman at the crease.

Bhuvneshwar Kumar and Kuldeep Yadav then stitched a 19-run stand for the sixth wicket however, Hasaranga sent back the pacer in the 15th over.

After 15 overs, India score was 55/6 with Kuldeep and Rahul Chahar at the crease. India kept losing wickets at regular intervals and were eight down for 63 before Kuldeep and Sakariya stitched an 18-run stand as visitors posted 81 in the allotted 20 overs. 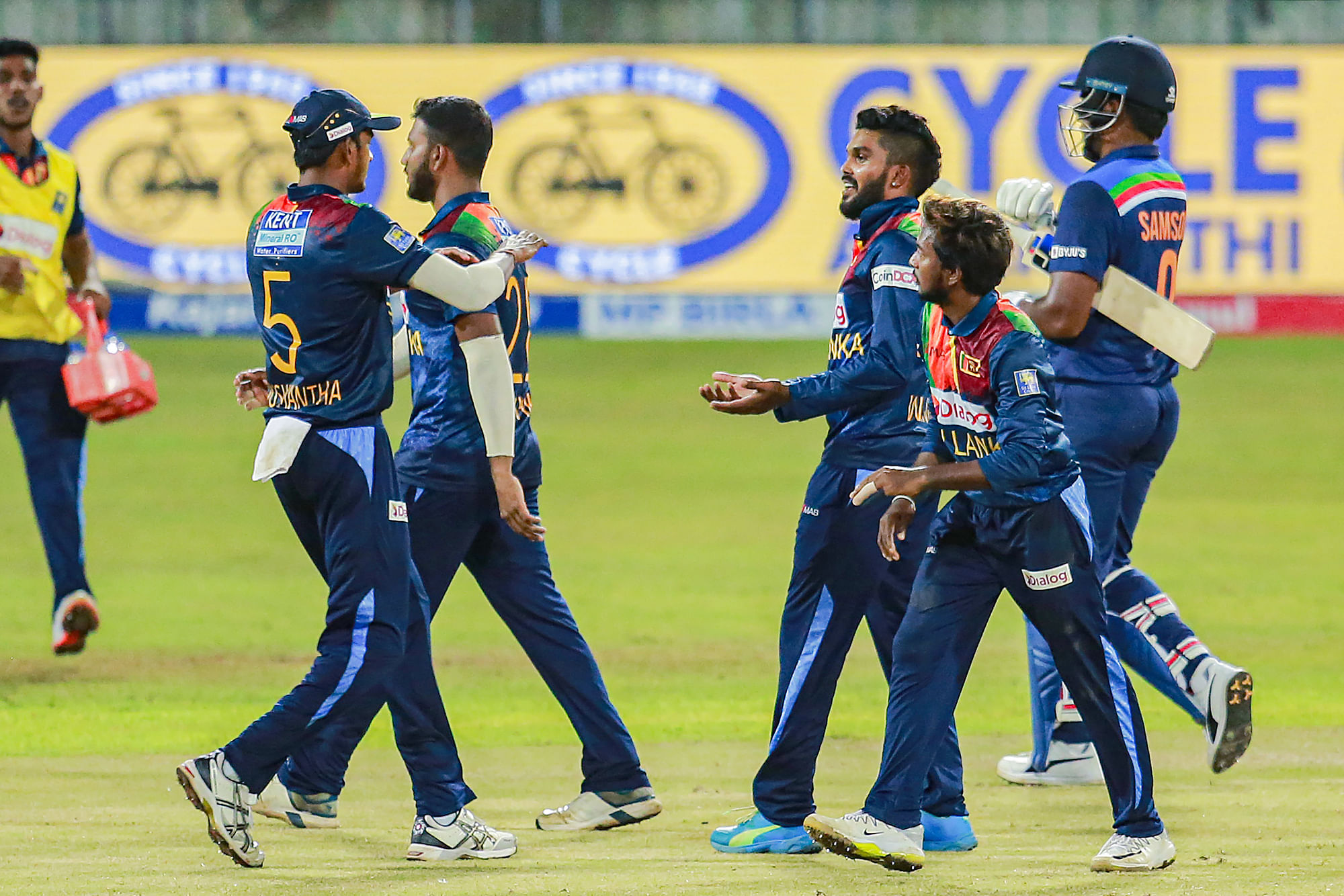